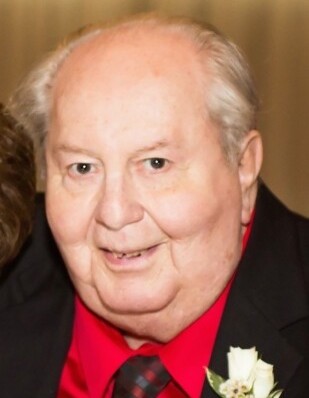 Alfred (Fred) Richard Crognale peacefully went to be with the Lord early in the morning of Thursday, December 30, 2021 at Heritage Valley Hospital in Beaver.  Born on June 26, 1934, he was 87 years of age, living his entire life as a resident of Beaver Falls, Pennsylvania.  “Fred” and his wife Adele (Coughenour) recently celebrated their 62nd wedding anniversary.   They had two children, son Fred with daughter-in-law Aleene (Vallelonga), and daughter Lori with son-in-law Robert Martin of Beaver Falls.  Alfred was one of the 11 children of Dominic and Concetta Crognale of Beaver Falls, a large family that remains close today and of which Alfred was very proud.  He was preceded in death by his son Fred, and sisters Ruth Pisano and Gilda Fortunato.  Surviving are Camie, Lydia DelTurco, Mary Jane Mezzapelli, Henry, Donna Hopkins, Ronald, Raymond, and Johnny.   He was proud Pap-pap to Megan Crognale (Aron Alber) and Jennifer (Scott) Sproull, and Great Grandfather to David Alfred, who is named after his two Great Grandfathers.

One of Alfred’s best-known attributes was a strong work ethic, a trait he instilled in his children, who both went on to highly successful careers.  Alfred served, appropriately, as a cook in the US Army, then went to work at Armstrong Cork in Beaver Falls.  After an industrial accident at Armstrong, he served as Produce Manager at the family-owned City Market grocery store downtown.  Ownership was shared by brothers Henry and Ronald, and many family members worked there including his two children, and several nieces and nephews.  City Market was a trusted source of quality food items and a landmark in downtown Beaver Falls.  Family gatherings would inevitably include enthusiastic discussions on the intricacies of the grocery business.   When City Market closed, Fred completed has career at Giant Eagle’s Cranberry location, the first time since his military service he worked outside of his beloved hometown.   He established an exemplary attendance record, never missing a day of work except for surgery after his injury at Armstrong.

Alfred was a peaceful man, but passionate about the Lord and about his family and its Italian and Christian heritage.  Although he was proud of his heritage and his family, he was a model of humility, never given to boasting.  He also loved Italian food, cooking and fishing (he was great at preparing fish).  True to his Western Pennsylvania roots, he was a big fan of the Pittsburgh Steelers and the Pirates, which made it easy for those buying him gifts.  He always loved Steelers and Pirates memorabilia.  His other passion was cars.  He was a member of the Cruzin’ Few car club and loved to show off his Buick Skylark convertible and his Mopar 10 Challenger.  Car shows gave him the opportunity to interact with people.  He was a quiet man but loved to be around people.  People of all ages loved “Uncle Fred.”

Friends will be received on Friday from 4-8PM at the GABAUER-LUTTON FUNERAL HOME & CREMATION SERVICES, INC., Chippewa Twp., 117 Blackhawk Road, Beaver Falls.  Fred will lie-in-state at Pathway Church, 239 Braun Rd., Beaver Falls, on Saturday from 10-11AM, after which time a funeral service will be held with Pastor Warren Sullivan officiating.