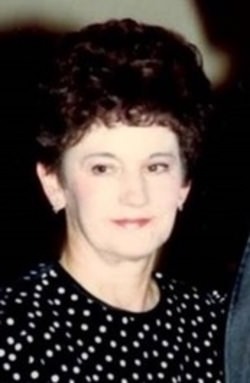 Alice A. Lundy Stuart, 84 of Darlington died suddenly Monday, April 11, 2016.Born February 12, 1932 in Darlington, she was the daughter of the late Joseph and Ellen (Brown) Lundy. She was a devout Catholic, an integral part of St. Monica Parish and a long term member of the choir. Alice was a retired nurse, and worked at several private practices. She enjoyed playing cards in the Darlington Ladies Card Club.She is survived by her husband of 64 years, Richard F. Stuart; three daughters and sons-in-law, Pamela and Dr. James Kolter, Phoenixville, PA, Marea and Michael Gallagher, Downingtown PA, and Susan Stuart and her husband Richard Pietroski, Pittsburgh; six grandchildren, Kris, Anne, James Michael, Steve, Kayla and David; nine great-grandchildren; a sister and brother-in-law, Loretta and Roger Colao, Atlantic City; and numerous nieces and nephews.In addition to her parents she was preceded in death by two brothers, Jack and Charles Lundy; and two sisters, Mary Grace Thompson and Margaret Beatty.Friends will be received Friday from 2-4 and 6-8pm in the Gabauer-Lutton Funeral Home 117 Blackhawk Road- Chippewa www.gabauerluttonfuneralhome.com where prayers will be offered at 9:30am on Saturday followed by a Mass of Christian Burial at 10:00am at St. Monica’s-Chippewa site.A rosary will be recited Friday at 7:30pm at the funeral home.Entombment will follow in St. Mary’s Cemetery.As she gave in life, in her passing she left a legacy by being an organ donor.The family requests that contributions be made in Alice’s name to the Center for Organ and Recovery Education (CORE) 204 Sigma Drive, Pittsburgh PA 15238.