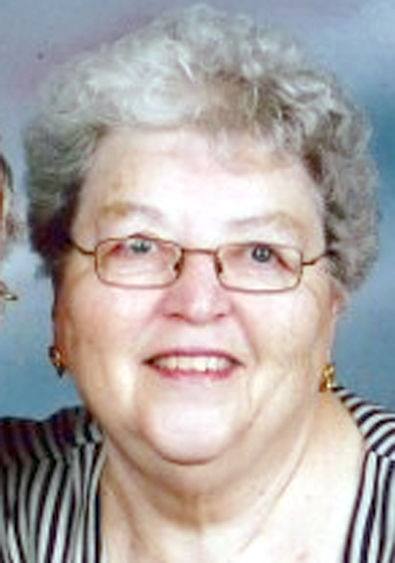 Alice J. Plassmeyer, 79, of North Sewickley Twp., died Thursday, February 23, 2017, at Providence Care Center, Beaver Falls. Born June 3, 1937, in New Brighton, she was the daughter of the late Earl W. and Hazel R. (Murphy) Lutz. Alice was a past member of the Riverside high school football mothers and involved with youth baseball and football. She was a past president of the New Brighton Historical Society, a former member of the Ladies Auxiliary to the North Sewickley VFD and worked many years on the Election Board in North Sewickley. Alice also worked part-time for Suzy’s Photo Finishing. In addition to her parents, she was preceded in death by her husband of over 60 years, Carl M. Plassmeyer on December 13, 2016; her son, Gary A. Plassmeyer, in 2007; her daughter, Janet L. Plassmeyer, in 2000, and her sister, Barbara Pasquale. Surviving are three sons and daughters-in-law, Richard L and Suzy Plassmeyer, Big Beaver; Ronald C. and Teri Plassmeyer, Franklin Twp., and Daniel M. and Lisa Plassmeyer, North Sewickley Twp.; seven grandchildren, Shawn (JoyLyn) Plassmeyer, Shannon (Jamie) Jolly, Kodi, Dylan, Levi and Clayton Plassmeyer and Amanda (Mark) Beachem; seven great-grandchildren, Ashley and Alex Jolly, Grace and McCartney Plassmeyer, Emma and Brodi Beachem, and Kallen Plassmeyer; a daughter-in-law, Kristen Scopellite-Plassmeyer, Tennessee; a brother-in-law, William Pasquale, New Brighton, and a sister-in-law, Marjorie McCoy, Baden. Friends will be received Monday from 2 to 4 and 6 to 9 p.m. in the GABAUER-LUTTON FUNERAL HOME & CREMATION SERVICES, INC., 1117 Fifth Ave., Beaver Falls, gabauerfamilyfuneralhomes.com, where services will be held Tuesday at 11 a.m. If desired, memorial contributions may be made to the family in care of the funeral home. The family would like to extend a special thank you to the staff at Providence Care Center and Grane Hospice for their tremendous care and support.