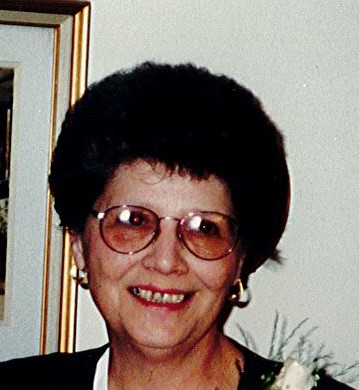 Born August 26, 1937 in Sharpsville, PA, she was the daughter of the late Elza Jay and Willa (Blackburn) Roberts.  Charlene was a strong woman of faith and was devoted to her family.  She worked for the state of Pennsylvania for 35 years, retiring in 2000 as a Regional Manager of Unemployment and Job Security.  During that time, she served on several Governor’s boards and helped to implement programs that are still used today.  In addition to her faith, family, and career, she was an avid gardener, loved the Pittsburgh Pirates, Steelers and Penguins, as well as vacationing at the beach.

Charlene spent her final days at Celebration Villa (formerly Elmcroft) and we would like to thank the staff of Celebration Villa and the staff of Grane Hospice for their loving and thoughtful care of our mother and our family.  We are sincerely grateful for their efforts on her behalf and gain great comfort that our mother’s battle with Alzheimer’s and COPD is over she is now at peace in the Lord’s glory and care.

In addition to her parents, she was preceded in death by her husband, Ronald A. Cogley; two brothers, Ralph and Walter Gene Roberts; and five sisters, Emma Lou Newsome, Barbara Davis, Sandra Navarro, Mary Ellen George and Marilyn Sue Roberts.

Friends will be received on Thursday, December 29th from 2-4pm and 6-8pm in the GABAUER-LUTTON FUNERAL HOME- 117 Blackhawk Rd., Chippewa Twp-www.gabauerfamilyfuneralhomes.com.  Charlene will lie in state on Friday, December 30th from 10am until the time of service at 11am in the New Salem Presbyterian Church- 348 Salem Church Rd., Midland PA 15059.  Pastor Jeff Marquis will officiate.