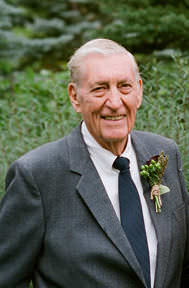 Charles “Chuck” Weir entered into the presence of our Lord and Savior Jesus Christ on Sunday, January 15, 2017. He will be laid to rest beside his beloved wife, Shirley, at Grandview Cemetery, Beaver Falls, Pennsylvania, 2:00 p.m., Saturday, January 21.Chuck was born November 13, 1930, in Beaver Falls, Pennsylvania, to Edward C. Weir and Mildred A. Weir. He graduated from Beaver Falls High School and Clarion University, and was recognized by Clarion Alumni Association as Alumni of the Year. He married Shirley Ruth Weir in 1950. Chuck was a godly man who dedicated his life and service to his Christian faith, his beloved wife and soulmate Shirley, and his large family who loved him deeply. Chuck, a humble man of high integrity, was a teacher, mentor, and an encourager to countless people. Upon entering Heaven’s gates, there is no doubt he was lovingly received with the words, “Well done thy good and faithful servant.”He served during the Korean War in the US Navy aboard the USS New Jersey. He was an employee for Owens Illinois Glass Plant for 27 years. Chuck was a member of First Presbyterian Church of Waco.Chuck was preceded in death by his parents; his beloved wife of 62 years, Shirley; and his son, Mark Weir.He is survived by his children, Susie Weir of Hewitt, Mike Weir and wife, Ren??, of Lorena, and Lynn Meyer and husband, Larry, of Austin; 9 grandchildren; 10 great grandchildren; cousin, Larry Walters; and his dogs, Ben and Meg.Honorary Pallbearers are Chad Crouch, Josh Meyer, Johnny Snyder, Chris Votaw, Mace Weir, and Micah Weir.Memorials may be made to First Presbyterian Church, 1100 Austin Ave, Waco, TX 76701. The family invites you to leave a message or memory on our “Tribute Wall” at www.WHBfamily.com.My ears had heard of you but now my eyes have seen you. Job 42:5Arrangements were handled by GABAUER-LUTTON FUNERAL HOME & CREMATION SERVICES, INC., 117 Blackhawk Road, Chippewa Twp., gabauerfamilyfuneralhomes.com.