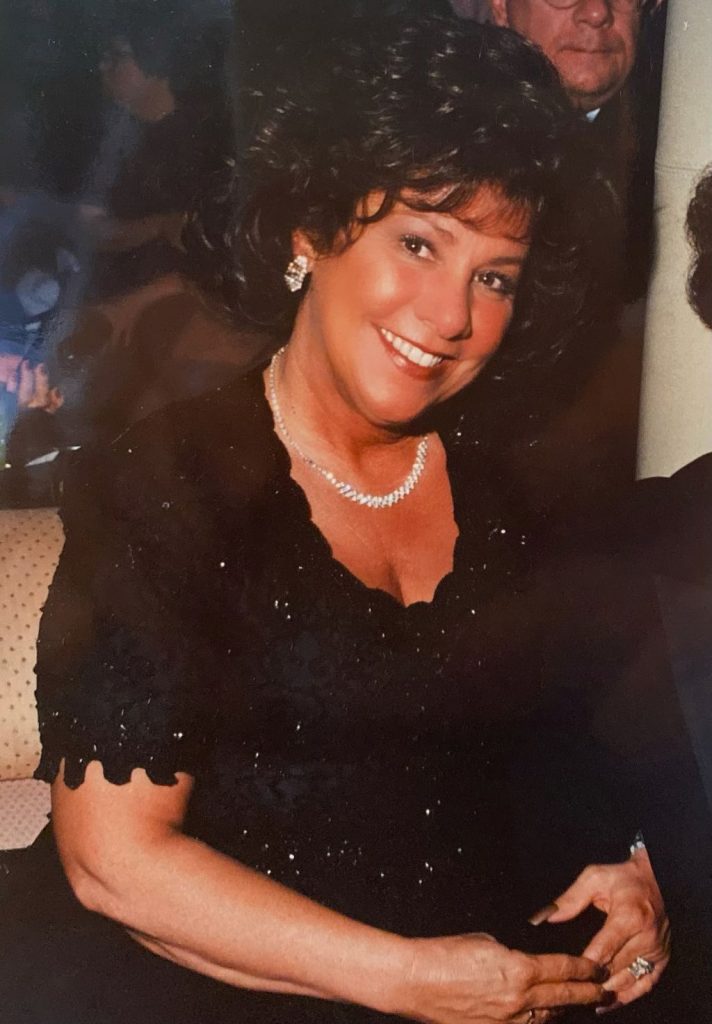 Cheryl Ann Bonomo, 77, of Patterson Twp., passed away on Tuesday May 10, 2022 in the comfort of her home, with her lovingly supportive husband of 56 years, William “Bill” and her children by her side.
Cheri was born November 28, 1944 to the late Robert J. and Doris Mae (Ruby) Bergener. Growing up in Beaver, she graduated from Beaver Area High School in 1962. She met Bill in 1959 and six years later they were married, and set up housekeeping as the old saying goes, in Patterson Twp. Cheri was an only child, but she and Bill were blessed with 4 energetic boys; the late William J., Jon C., Christian N. (Denise), Michael A., and a princess – Aimee Leigh (Bill). She was grandma to 11 sources of joy: Giovanni, Cameron, Anna, Gina, Alex, Hannah, Gianna, Mya, Eva, Giuliana, and William. Cheri showed her love and devotion to her family in a number of ways, but most particularly by becoming an excellent cook of Italian cuisine.
Cheri was a valuable worker for two local small businesses, but she was most pleased with her election to the Board of Commissioners of Patterson Twp. She was the first woman to hold that honor, she served her community and its residents in various positions during her 24-year tenure.
Cheri and Bill met on the dance floor in 1959. Their love of dancing was only dimmed as the illness she suffered with for several years finally stilled the music. We called her “Dancing Queen.”
Cheri is also survived by a maternal cousin Joan (Dick) Dotson, and a fraternal cousin Donette (Joseph) Budicak.
The family will greet those who come on Friday May 13 from 1 – 3 p.m. and again from 5 – 8 p.m. with a service of celebration at 8:00 p.m. at the Gabauer-Lutton Funeral Home & Cremation Services Inc., Chippewa Twp., 117 Blackhawk Rd, Beaver Falls.