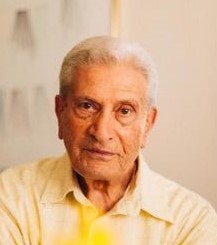 Born January 21, 1926 in New Brighton, he was the son of the late Joseph and Mary Florentine.  He was a United States Marine Corp Veteran, enlisting in 1942 at the age of 15.  His military service took him to Europe, Asia and the South Pacific.  He participated in the Guadalcanal Campaign. While manning a machine gun in the Battle of Tarawa in the Gilbert Islands, he was shot three times, severely wounding him.  Dave received two Purple Hearts and a Bronze Star.  He received a Presidential Unit Citation and was honorably discharged in 1945.  Upon his return home he met the love of his life, Miss Betty Parris.  They married in 1946 and welcomed their son, David Jr. in 1947.  The Florentines made their home in the well-known “Hunky Alley” section of New Brighton.  After working at Babcock and Wilcox, Dave moved to California where he was introduced to the U.S. Postal System.  In 1959 he was appointed Postmaster in New Brighton, where he served for more than 30 years.  Dave was an active member of Holy Family (St. Joseph’s) Parish where he served as an usher for 60 years.  He received the Man of the Year Award by the Beaver County Holy Name Society.  He had a history of public service and community participation.  He coached Little League baseball, served on the New Brighton Sanitary Authority and was a New Brighton Councilman.  He was a staunch supporter of veteran’s programs.  He served on the Lions Club, and was a life member of the New Brighton American Legion Post 19.  Although he was a hacker, he loved golfing with the New Brighton and American Legion leagues.

In addition to his parents, he was preceded in death by his wife, Betty (Parris) Florentine; two brothers, Tony (Oretta) and Jack (Della) Florentine; and two sisters, Emily (Joe) Smolich and Rachel (James) Macry.

Family and friends are invited to attend a Mass of Christian Burial on Thursday at 12 noon at Our Lady of the Valley Parish- 521-7th Ave., New Brighton with Fr. Tom Kredel as celebrant.

entombment will be at Sylvania Hills Memorial Park Mausoleum.

In lieu of flowers, the family is asking that contributions be made in Dave’s name to the New Brighton American Legion Post 19- 415 13th St. New Brighton PA 15066.

The GABAUER FUNERAL HOME & CREMATION SERVICES, INC., 1133 Penn Ave., New Brighton, www.gabauerfamilyfuneralhomes.com is honored to be serving the Florentine family during this time.