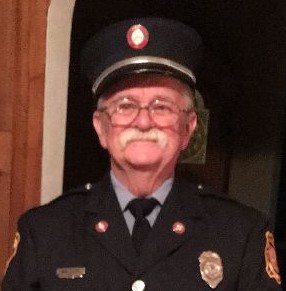 Born on July 11, 1939, in Eastvale, he was the son of Ray C. Walters and Waunetta Flo (Groscost) Walters. Ray was a crane operator for B&W for around 30 years. He also was a member of the Edgewood Baptist and Christian Assembly Churches. Ray was a part of the North Sewickley Fire Department, serving as a fire police chief, and was a member of the New Brighton Eagles Club.

Along with his parents, Ray is preceded in death by his wife, Elizabeth M. (Strathman) Walters; brother, Albert Jay Walters; and sister, Joyce Elaine Campbell; and a daughter in law, Debra L. Walters on July 15, 2015.

He is survived by his son, Donald Allen Walters; sister, Velma Lou (Theodore) Neff; and several nieces and nephews.

As per his wishes, all services will be private. Arrangements were handled by the GABAUER-LUTTON FUNERAL HOME & CREMATION SERVICES, INC.- 117 Blackhawk Rd. Chippewa Township, www.gabauerfamilyfuneralhomes.com.