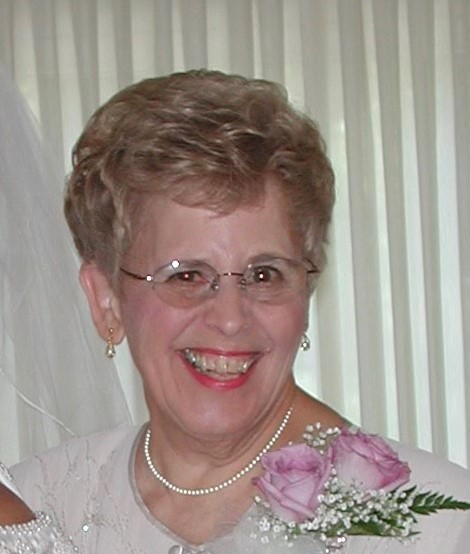 Donna Lee (Young) Field, 89, of Patterson Township, passed away peacefully in the early evening hours of Wednesday, February 2, 2022, surrounded by her family in the comfort of her home.  Donna was the bedrock of her family until her diagnosis of dementia in 2010.  Donna was preceded in death by her husband, Raymond (“Ray”) Clair Field, of 60 years on March 11, 2017. She was the beloved mother of R.Scott Field (Tatiana), Kimberly Campbell and Connie Genco (Patrick) who all survive her.  She will also be dearly missed by her three grandchildren, who affectionately called her Nana, Cory and Carly Campbell and Nicholas Genco.

Born on August 16, 1932, in Chippewa, Donna was the youngest daughter of the late Clarence and Leona (Edwards) Young. Donna is survived by her two siblings, her older sister, Kathryn Gumpf (Thomas), and her twin brother, Ronald Young (Dorothy Ann).  The Young family grew up in a small two-story farmhouse in Chippewa.  Ironically, the Gabauer-Lutton Funeral Home, where visitation and funeral services are to be held, stands on the property of her former childhood home.

Donna attended Beaver Falls High School, where she met and fell in love with her future husband, Ray, during her senior year.  Upon graduation from high school in 1950, they both went to work at Westinghouse, in Beaver.  They were married in Beaver Falls on May 29, 1957. Ray was drafted into the U.S. Army Reserves in 1958 and was stationed in Aschaffenburg, a town in Northern Bavaria, Germany. In the Fall of the same year, they welcomed their first child, R. Scott, who was born in a US Army Hospital, in Frankfurt, northwest of Aschaffenburg. Two daughters, Kimberly and Connie followed in the United States.

After the kids were in school, she returned to the work force, working at Mellon Bank until her retirement.  She was an active member of the Chippewa United Methodist Church for all of her life, until her dementia prevented her from participating.  Donna also enjoyed quilting in the church quilting club and the ladies card club for over 50 years.  Regrettably many of her dear lady friends have predeceased her.

She enjoyed spending time with her family and friends, including trips to her winter home in Arizona for over 20 years; to her time shares in New Orleans, Louisiana, and Puerta Vallarta, Mexico. Donna was an angel on earth—patient and kind, softspoken, wise, and a devoted Christian.  She enjoyed the simple things in life, going to church, perusing consignment shops in Arizona and craft bazaars with her daughters and daughter-in-law, Thanksgiving and Christmas gatherings, family reunions at Brady’s Run Park, quilting, gardening in her rose garden, sightseeing, and crossword puzzles.

We would like to thank Mother Teresa Hospice for their care and support during her final days and Debbie Rummel for her loving care and assistance provided to Kim over the past 5 years in caring for Donna.

Donna’s life was a blessing to so many, and she will live in our hearts forever.  May she rest in peace.

In lieu of flowers, donations (if so desired) may be made to the Cure Alzheimer’s Fund at www.curealz.org or to Mother Teresa Hospice at www.motherteresahospice.com

A funeral service will be conducted in the funeral home on Tuesday (February 8), at 11AM with Pastor Tai Courtemanche as officiant.