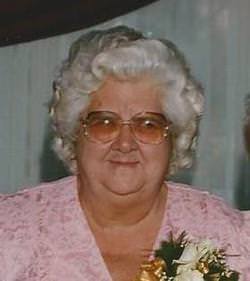 Dorothy A. Burns, 87, of Chippewa Twp., died Sunday, December 11, 2016, at Heritage Valley Beaver, surrounded by her loving family. Born August 19, 1929, in New Brighton, she was the daughter of the late Alan and Dorothy McKenna MacDonald. Dorothy was a member of the Chippewa United Methodist Church. In addition to her parents, she was preceded in death by her husband, Donald K. Burns; two sisters, Nell Bayne and Margaret “Marge” Javens, and a son-in-law, Ronald Hoblack. She is survived by two sons and daughters-in-laws, David A. (Debbie) Burns and Daniel J. (Pamela) Burns; a daughter, Donna M. Hoblack; six grandchildren, Jason, John, and Mindy Hoblack, and Brian, Allison, and Steven Burns; a great-granddaughter, Ryleigh Burns, and a sister, Jane (Eugene) DeChicko. Friends will be received Tuesday from 4 to 8 p.m. and Wednesday from 10 a.m. until time of service at 11 a.m. in the GABAUER-LUTTON FUNERAL HOME & CREMATION SERVICES, INC., 117 Blackhawk Road, Chippewa Twp., www.gabauerluttonfuneralhome.com. Pastor Rodney Smith will officiate. Interment will follow in Sylvania Hills Cemetery. The family would like to thank the staff at Franciscan Manor and Heritage Valley Beaver for all the care they gave to their mother.

9 responses to Dorothy A Burns