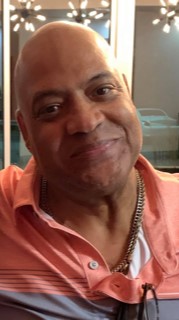 Douglas Eugene Johnson, 59, of New Brighton, formerly of Beaver Falls, passed away on Saturday, February 1, 2020 at UPMC-Presbyterian after a long and courageous battle with heart disease.Born July 24, 1960, in New Brighton, he was the son of Eugene Johnson and the late Geraldine (Conkle) Johnson. Douglas was a tremendously enthusiastic Lakers fan. He was true to his high school alma mater- “once a Tiger, always a Tiger”. He had a contagious smile, and laughter for anyone that he met.In addition to his father, he is survived by his oldest brother, Darrell Johnson, who gave of himself, and devoted endlessly to Douglas’s well-being; three sisters, Yvonne (Robert) Stinson, Kimberly (Tom McKelvy) Tomaino and Kelly (Karl) Martin; a sister-in-law, Marlene Johnson; and nieces and nephews, Dr. Courtenay Johnson, Joshua Johnson, Lindsay Johnson, Katelyn Johnson, Angela Tomaino, Miranda Tomaino, Porsche Maher, and a special nephew Danny Tomaino, whom he lovingly referred to as “Bud”; and 13 great-nieces and nephews. Douglas adored his entire family and held them close to his heart.In addition to his mother, he was preceded in death by two brothers, Robert and Randall Johnson; and his sister-in-law, Melanie Johnson.Friends will be received on Friday from 2 to 4 and 6 to 8 p.m. and Saturday from 10am until the time of service at 11am in the Tabernacle Baptist Church, 630 3rd Ave., Beaver Falls. Rev. Dwight Banks will officiate.Arrangements were handled by the Gabauer Funeral Home and Cremation Services, Inc., 1133 Penn Ave., New Brighton.A special thank you to his fellow co-workers at Heritage Valley-Beaver who they lovingly referred to him as “Brown Bear”.To Yvonne “Bunny”- Breaker Breaker. To Kim- Peace Out. To Kelly- Here We Go Steelers, Here We Go! To Dad- I LOVE YOU POPS.” I have fought the good fight. I have finished the race, I have kept the faith. Henceforth there is laid up for me the crown of righteousness.” 2Timothy 4:7