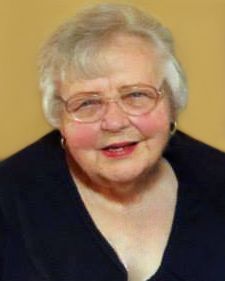 Eleanor Mae (Winkler) McCanna was called Home to rest on June 25, 2021, comforted by her loving family. Born on October 28, 1934, to the late Francis L. Winkler and Elva M. (Baughman) Winkler.

She was married to Charles R. (Dick) McCanna for 57 years until his passing in 2019. After graduating high school, Eleanor went on to become a Registered Nurse at Butler Memorial Hospital. For most of her career she nursed the most vulnerable, newborns. After nearly 20 years, she went back to college, where she would earn a Bachelor’s degree from Slippery Rock University and a Master’s degree from University of Pittsburgh, both in nursing. She retired from her career at the Medical Center in Beaver in 2001.

Eleanor was an avid reader, and enjoyed flower gardening and the colors of nature. After retirement she became an award-winning quilter, which she shared with the ladies of the Beaver Valley Piecemakers and the Sewbroke Quilters in Zelienople.

She was preceded in passing by her father, mother, a brother (Keith Winkler), a son (Matthew), and her husband. Her cherished memory is left to her son Steve McCanna, daughter Melissa Plum, grandsons Justin and Johnathan Plum, brothers Fred and Russel Winkler, and many brothers- and sisters-in-law, many nieces and nephews, and all who knew her.

A special Thank You to all the people who were so helpful over the past year.

Family and friends will be received on Thursday, July 1, 2-4pm and 6-8pm. Final viewing will be held on Friday, July 2, 10am, with Pastor John Phipps officiating services at 11am at Gabauer Funeral Home, 1133 Penn Ave., New Brighton, PA. She will be interred next to her husband and infant son.