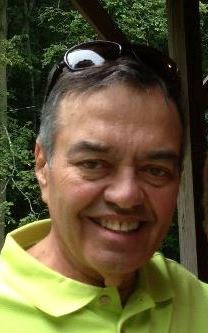 Frank J. Riggio, 75, of Chippewa Twp., passed away surrounded by his loving family Friday, April 7, 2017 at UPMC Presbyterian.Born January 5, 1942 in Beaver Falls, he was the son of the late Carmelo and Antoinette (Campese) Riggio. Frank was a member of the West Mayfield Vets. He was a baseball coach for over 35 years, coaching for both Beaver Falls and West Mayfield teams where he was a mentor to all.He is survived by his loving wife of 53 years, Barbara A. (Yoho) Riggio; his children, Toni and Tom Demarco of Center Twp., James and Toni Riggio of South Beaver Twp., Lisa and Jim Byall of Rocky River, OH, and Tina and Mark Borello of Chippewa Twp.; his 8 grandchildren, Tommy Demarco, Frank Riggio, Abby Riggio, Alexa Borello, Mario Borello, James Byall, Taylor Byall and Olivia Byall; his brother, Marshall Riggio, his mother-in-law, Ann Yoho, his brother-in-law, Ray Yoho, and his sister-in-law, Debbie Lequaglia.In addition to his parents, he was preceded in death by one brother, Natale Riggio; three sisters, Donna Cherok, Donna Riggio and Mary Guzie, a sister-in-law, Marsha Snyder, and a granddaughter, Anne Elizabeth Byall.Friends will be received on Wednesday from 2-4pm and 6-8pm in the Gabauer-Lutton Funeral Home & Cremation Services Inc. 117 Blackhawk Rd. Chippewa www.gabauerfamilyfuneralhomes.com where prayers will be held on Thursday at 9:30am followed by a service at 10am at St. Monica’s- Chippewa site. Father Kim Schreck will officiate.A rosary will be recited on Wednesday at 7:30pm at the funeral home.Interment will follow in Grandview Cemetery.Frank dedicated so much time in mentoring, developing, and teaching the love and respect of baseball to so many. As such, in lieu of flowers, the family requests that contributions be made to a memorial fund at Huntington Bank, 2552 Darlington Rd. Chippewa Twp. PA 15010. All contributions will be donated to the West Mayfield Ballfields where a memorial in Frank Riggio’s name will be displayed.