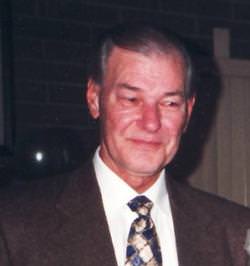 George Leonard Lewarchik, 81, of New Brighton, peacefully went to be with the Lord on June 10, 2016, surrounded by his family and friends.Len was born on April 28, 1935, in Monaca, PA, the son of Michael and Anna (Semicek) Lewarchik. He graduated from Monaca High School (1954), served in the United States Navy (1954-1959) and attended the Western Pennsylvania Institute of Technology. He was employed with the Pennsylvania Liquor Control Board for over 35 years. He enjoyed horseshoes, Penguins hockey, travel, playing cards, hiking, spending time with his family, and feeding the ducks with his grandchildren.Len was an incredibly loving and kind father, husband, brother, son, grandfather, uncle, and friend. He always thought of others before himself and will always be remembered for his calming presence, his fascinating stories about his life adventures, his sense of humor, and his incredibly kind demeanor. He was unconditionally always there for his family and friends.He is survived by his wife of 54 years, Eleanor (Kaye) Lewarchik; his daughter, Terralynn (Todd Calahan) Zahn; his son, Christopher (Anna) Lewarchik; his grandchildren: Braden (Kaylee McLaughlin) Karp, Charles Zahn, Brittany Zahn, Madison Zahn, McKenna Calahan, George Lewarchik, and Anthony Lewarchik; a great-granddaughter, Emma McLaughlin; many sister- and brother-in-laws and many nieces, nephews, and cousins. He was preceded in death by his father, mother, 12 siblings, and several sisters- and brothers-in-law.Friends will be received on Tuesday from 2-8pm in the GABAUER NEW BRIGHTON FUNERAL HOME 1133 Penn Ave. New Brighton, PA 15066. Prayers will be held Wednesday morning at 10:30am followed by Mass of Christian Burial at 11am at Holy Family Church, New Brighton. Interment will follow at St. Joseph Cemetery, New Brighton.