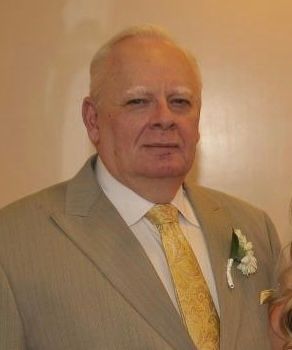 Son of the late Elmer and Della (Buczynski) Schoeneweis, Greg was born February 4, 1949 in New Brighton, PA. He graduated from Geneva College in 1968 and Temple University School of Dentistry in 1975. After graduation, he opened his own dental practice in Patterson Township and became a prominent dentist in the community. Greg greatly enjoyed his dental work and patients. The Doctor practiced for 45 years and continued to practice part-time until recently. Greg had many hobbies over the years including; painting, building model airplanes, trains, and riding motorcycles. He loved his pets, spending his days with Theresa, and above all, being a grandfather.  He will be greatly missed by his wife, children, grandchildren, family, friends and patients.

In addition to his parents, he was preceded in death by two brothers, James and Thomas Schoeneweis.

Friends will be received on Tuesday from 2pm-4pm and 6pm-8pm in the Gabauer-Lutton Funeral Home- 117 Blackhawk Rd., Chippewa-www.gabauerfamilyfuneralhomes.com, where prayers will be held Wednesday, at 9:30 am followed by mass of Christian burial at 10am at St. Monica Roman Catholic Church- 116 Thorndale Dr. Chippewa Twp.  Fr. Kim Schreck will officiate. In accordance with CDC guidelines, masks are required in the funeral home and church.

Private interment will be in St. Mary’s Cemetery.

Our family would like to personally thank the UPMC Presbyterian staff, Dr. Lancaster, Dr. Palguta and the late Dr. Funkhouser for the exceptional care that Greg received during all of his diagnoses and we will always remember his motto “Be Not Afraid”.

In remembrance of Greg, our family asks those who wish to express sympathy, to make a donation to the American Cancer Society-320 Bilmar Dr. Pittsburgh, PA 15205, in lieu of flowers.