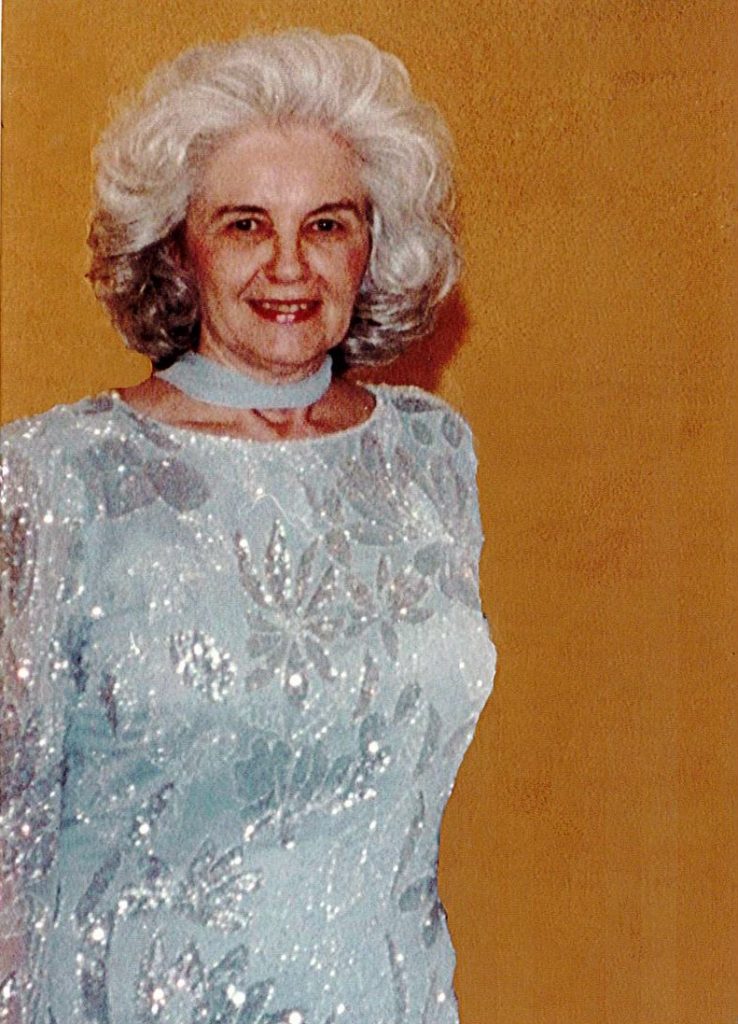 Born on January 21, 1932, in West Elizabeth, Pennsylvania, she was the daughter of the late John C. and Mabel (Cadman) Bickerton.

Irene came to Beaver County in 1950 as a student at Geneva College and after her college experience, worked at The United States Steel Corporation.  She met her husband-to-be, Ken, while at Geneva.

Ken and Irene married on January 21, 1954.  Together they had three wonderful children, Eric, Dirk, and Megan.  Irene’s warm and caring nature made her a wonderful and loving wife, mother, grandmother and great grandmother.  She was “Nanny” and “Nana Irene” to her beloved granddaughters, Erin and Brett, and grandsons, Cole, Justin, and Trevor.  Most recently, Irene was blessed with two great-grandchildren, Elodie, whose naturally curly blond hair and big blue eyes brought a beautiful smile to her face, and little baby boy, Charles, whose arrival brought tears of joy.

On January 21, 2019, Ken and Irene celebrated their 65th wedding anniversary by renewing their vows at a special dinner at the Grand Concourse restaurant.  The entire family from Florida, Virginia, and State College attended a glorious three-day weekend at Station Square.

Ken’s education at Geneva was interrupted when he was inducted into the U.S. Army in 1953 and was stationed in New Orleans.  He came home on leave to get married.  After the honeymoon, Irene accompanied Ken back to New Orleans.  When they returned to Beaver Falls in 1955, Irene worked at the Public Relations and Alumni Offices at Geneva with two special ladies, Jean Mannix and Janet Downie, until Ken graduated.  After Ken accepted employment as a teacher in the Highland Suburban Jointure, they never left the area having lived in Chippewa and Patterson Townships the rest of her life, except for a short period of time living in Yellow Springs, Ohio.

Irene was always involved in her children’s lives whether it was being the leader of her daughter’s Brownie troop, to actively participating in the Blackhawk Football Mothers and the Blackhawk Basketball Organization.

She was a member of The Church of Jesus Christ in Hopewell Township where she started their first vacation Bible School.

Irene belonged to the Fort McIntosh Chapter of the Daughters of the American Revolution.  The objectives of the DAR are Historic Preservation, Promotion of Education, and Patriotic Endeavor.

She was on the Board of Directors of Homemaker Home Health Aide Service of Beaver County, an agency that cares for the frail and elderly, and adults with disabilities so they can remain in the comfort of their homes.

As co-executor for the Dr. Charles D and Josephine Groff Estate, Irene was the President of the Groff Scholarship Fund that is given to Blackhawk High School Seniors who plan to pursue a degree in Elementary Education from one of the schools in the Pennsylvania State System of Higher Education.

She was devoted to her family and friends and loved to host tea parties at her home for “Irene’s Lunch Bunch.”  Her favorite color was blue which was used exclusively in the decorating of her home.  She loved hydrangeas which she grew in her yard, especially the blue ones.  Friends and family were the recipients of the scrapbooks she lovingly made for them.  Irene also loved Christmas and the special season to display the angels, nutcrackers, and Father Christmas figures in her collection.

She is survived by her husband of 68 years, Kenneth “Ken” Yonkee; a daughter, Megan, and her husband Robert Beck of Port Matilda, PA; a son, Eric, and his wife Dawn, of Tampa, FL; a son, Dirk, and his wife Amy, of Culpeper, Virginia; five grandchildren, Erin (Richard) Mona, Brett (Jason) Smith, and Cole (Lexi) Yonkee, all of Tampa; Justin Beck of Erie and Trevor Beck of Port Matilda; a great-granddaughter, Elodie Mona, and a great-grandson, Charles Mona, both of Tampa; a brother, John Bickerton and his wife, Mary, of Pinetop, Arizona; and several nieces and nephews.

In accordance with Irene’s wishes, all services are being held private for her family.

Interment was in Beaver Cemetery.

In lieu of flowers, memorial contributions in Irene’s name may be made to Homemaker – Home Health Aide Service of Beaver County, 376 Market Street, Beaver, PA 15009.