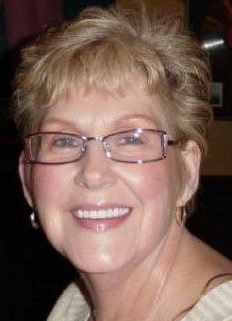 Janet Lee Wiseman, 73, of Monaca, passed away peacefully on Friday, June 23, 2017, surrounded by her family, in the MICU at Allegheny General Hospital.Janny, as her mom called her, began her journey in life on the 12th day of September in 1943 on a bright, end of summer day, in Johnstown, Pa. She was the first born child to Mr. and Mrs. Marjorie L. (Patton) and Glenn A. Ledebur Jr. Two years after Janet’s arrival, her baby brother, Glenn A. Ledebur III, came to join their happy family. By this time they were living in Beaver, Pa. She grew up in that small town in Beaver County where she had many friends and attended Beaver Area High School. After her graduation in 1961, she soon married her first husband, William Soski. They settled in the town of Monaca, just across the river from where she grew up. Jan and Bill had two daughters, first Michelle Patton and then along came Amy Jo. After Jan’s girls were older, she decided to become a nurse. She attended one of the very first nursing programs at the Community College of Beaver County, and graduated in 1971. Jan and Bill were together until 1974 when they decided they were just better as friends. The two of them remained friends for years until Bill passed away in 1997. After Jan split from Bill, she met the real love of her life, her second husband, Clyde Wiseman. He was her patient and she was his Nightingale. Clyde and Jan have had the best times in life and have been together for almost 44 years. One of their favorite things to do together was to bake hundreds of Christmas cookies each year. Jan worked as a nurse, first at Rochester General Hospital then on to The Medical Center (HVHS) and moonlighted at East Liverpool Hospital for a short time. She retired from there but went on to work at Gateway Rehabilitation for a few more years then she finally retired permanently in early 2014, mostly due to her health.Jan had faith in God and attended the Church of New Beginnings in Monaca on Jackson Avenue. Jan’s struggles ended for her and she is once again with her mom, dad and baby “brudder”. They were all waiting to greet their Janny as she passed into Heavenly life.Jan’s wishes were to not have any funeral services. Instead, she would like to be remembered with joyous emotion and lack of tears.Jan leaves behind, her beloved family, until they too, are greeted by her on their arrival in Heaven one day. Those that meant the most to her are her husband, Clyde A. Wiseman (Monaca); her two daughters and their husbands, Michelle and Kenneth Gregory (Baden) and Amy and John Cioffi (Kinston, NC). Her one and only grandchild, and the light of her life, Brittany Nicole Parasida (Beaver). She also leaves behind many sisters and brothers-in-law as well as nieces and nephews and many wonderful friends.The family would like to thank her Pastor, Adam Johnson, the doctors and nurses at the MICU at AGH, as well as, Dr. Robert Madder and Dr. Matthew Woodske. All of whom have been a great comfort during these last few weeks and months.Arrangements by the GABAUER FUNERAL HOME & CREMATION SERVICES, INC., 1133 Penn Ave., New Brighton, gabauerfamilyfuneralhomes.com.