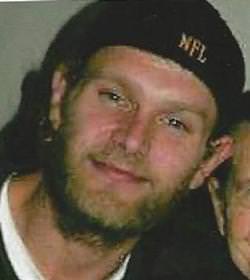 Jeffrey A. “Ferg” Ferguson, 37, of Beaver Falls, formerly of Rochester, died Monday, March 28, 2016, at UPMC Mercy.Born February 5, 1979, in Medina, Ohio, he was the son of Janette Kimmel Ferguson and Ray Ball of New Brighton and the late Emory Ferguson. Jeff was a roofer by trade, and worked for Harshman Construction Company.He is survived by a sister and brother-in-law, Melissa and Chris Stone, Patterson Heights; two brothers and a sister-in-law, Mike and Stephanie Ferguson, New Brighton, and John Ferguson, Beaver Falls; grandma, Helen Kimmel; nieces and nephews, Katelyn, Nevin, Christopher and Rylee; several cousins, and many friends. In addition to his father, he was preceded in death by his grandpa, Ernest Kimmel.Friends will be received Friday from 2 to 4 and 6 to 8 p.m. in the GABAUER FUNERAL HOME & CREMATION SERVICES, INC., 1133 Penn Ave., New Brighton, www.gabauerfuneralhome.com, where a service will be held Saturday at 11 a.m. Rev. Lee Bittner will officiate.Private inurnment will follow.