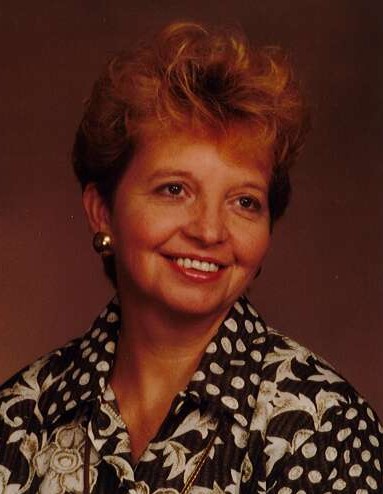 JoAnn E. O'Connor, passed away on Sunday, January 23, 2022, in her childhood home, surrounded by her loving family at the age of 77.  JoAnn was born on December 9, 1944, in Beaver Falls, PA. She was the daughter of the late Carl and Helen Mae (Houp) Stanton.  She was raised and attended school in New Brighton, PA and was a member of the Westminister United Presbyterian Church, New Brighton, where she served as a Deacon.

JoAnn enjoyed so many things, especially time with her family and friends.  She loved to sit outside in the summer on her beautifully decorated porch and read. She enjoyed Furballs company, a cat she shared with one of her dear friends, Sue Metherell.  JoAnn loved animals, especially cats and is now reunited with Coco Chanel, her beloved cat. JoAnn was known for her desserts!  They were enjoyed by all at every family gathering or get together.  One of JoAnn’s favorite things to do was to go dancing and she enjoyed music by the Stylistics, the Miracles, and Barry White to name a few.  JoAnn enjoyed watching the Steelers, any trivia or game show and HGTV.

JoAnn had a strong work ethic that she taught her children.  She always worked outside the home while raising her family.  She worked as a Manager at Pappan’s Ark in Bridgewater for several years.  JoAnn then went to the Medical Center (Heritage Valley) where she started in Dietary.  It was her passion to help people so she continued her education while working full time.  She became a Patient Care Clinical Technician, supporting the nurses on the Cardio/Pulmonary floor.  JoAnn retired from the Medical Center with 22 years of service.  JoAnn continued helping people working as a Home Health Aide with Homemakers of Beaver County for 13 years.

JoAnn is survived by three children Sherry (Robert) Garcia, Jeffrey (Carol) O’Connor, Robin (Chad) Redfren; three siblings, Darlene (Wesley) Thompson, Ronald (Debbie) Stanton, and Terry (Karl) Klink; two grandchildren, Kira Palichat and Chad Redfern Jr.; a great-grandson, Andrew; and several loved nieces and nephews. JoAnn will be missed by her friends and by many people who considered her a second mom.  The family would like to thank everyone that helped care for her at home. They also want to thank the nurses at Good Samaritan for caring for JoAnn.

Friends will be received on Thursday from 2-4pm and 6-8pm at the Gabauer Funeral Home 1133 Penn Ave, New Brighton, Pa 15066 -www.gabauerfamily funeralhomes.com.  Joann will lie in state on Friday from 10am until the time of her funeral service at 11am at Northway Church- 300 Brighton Ave. #1, Rochester, PA 15074.  Pastor Chris White will officiate.

The family requests that contributions be made in JoAnn’s name to either her daughter’s non-profit organization- Bags to Blessings PO Box 415, Beaver, PA 15009 or the Beaver County Humane Society- 3394 Brodhead Rd., Aliquippa, PA 15001.