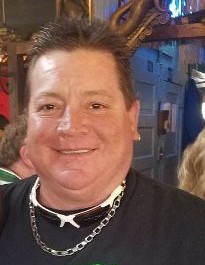 Born October 8, 1965, he was the son of the late Robert Sr. and Carol Ann (Neal) Krut.  Joe graduated from New Brighton in 1983.  A master carpenter, he owned his own construction business, Krut Construction.  Joe had a passion for baseball.  After starting for the Lions varsity team, he went on to play for the CCBC Titans from 1983-1985.  He also had a brief stint with Zooky’s in the Over 30 Men’s baseball league.  Joe volunteered his time as an Assistant Coach for New Brighton Post 19 Legion for many years.  When baseball was no longer an option, he turned to softball, where he went on to learn the game as a member of the great BLATZ dynasty in the late 80’s.  This propelled him to become a leader for such teams as the Moose (which included brothers Don & Bob) The Young Turks, The Generics, Harvey Run Inn, Oak Hill Vets and Kelz Inn.  “Red Bud” had a love of music as well, and his band was Kiss.  Who could ever forget his amazing rendition of “BETH” at the 7th grade talent show?  Brought the crowd to its feet!  His extensive collection of KISS memorabilia is a sight to be seen.  He might even have the toothbrush!  A frequent concert goer and movie buff, he was always one to share a quote or a story about a show.  And he had many.  This quote from one of his favorite movies, Bull Durham leads us to wonder…”Why you always call me Meat?”  Joe was simply a people person and a friend to all. Joe belonged to the Oak Hill Vets where he was a trustee. He devoted his time and energy to a club that he loved so much.

In addition to his parents, he was preceded in death by his brother, Don Krut.

??Friends will be received on Monday from 2pm-4pm and 6pm-8pm in the Gabauer Funeral Home- 1133 Penn Ave., New Brighton-www.gabauerfamilyfuneralhomes.com.

A private family service will be held.

Anyone who knew Joe could tell you he was not a flower kind of guy.  In lieu of flowers, the family requests that contributions be made in his name to New Brighton Youth Baseball- PO Box 366, New Brighton PA 15066.