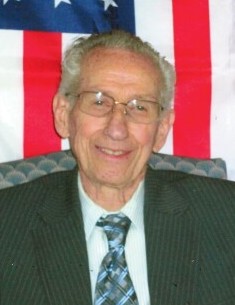 Born October 30, 1930, in Beaver Falls, he was the son of the late John S. and Helen Mae (Davidson) Tress.  John worked at Babcock and Wilcox as a millwright, and then went on to work as a custodian in the Blackhawk School District.  John was a member of the Mt. Pleasant Presbyterian Church in Darlington and the Lions Club.

In addition to his parents, he was preceded in death by his wife, Violet “Sis” (Crawford) Tress; a daughter, Kristy Lynn Tress; two brothers, Thomas and Joseph Tress; and two sisters, Patricia (Bernard) Denman and Helen Mae (Gerald) Veh.

Friends will be received on Wednesday from 2-4pm and 6-8pm and Thursday 12 pm until time of service at 1pm in the GABAUER-LUTTON FUNERAL HOME-117 Blackhawk Rd., Chippewa Twp-www.gabauerfamilyfuneralhomes.com. Pastor Tim Casey will officiate.

In lieu of flowers, the family requests that contributions be made in John’s name to the Mt. Pleasant Church- PO Box 216, Darlington, PA 16115.