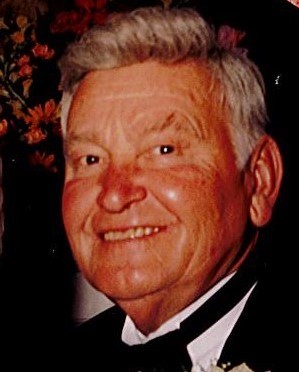 Jack Simon, of Chippewa Twp., a native of Ellwood City, passed away peacefully on Saturday, September 26, 2020 in Elmcroft of Chippewa.

Born January 20, 1934 in Ellwood City, son of the late Frank J. and Sara K. Simon, he dedicated a lifetime to family and community service.  Jack was honored in 1990 as Beaver County Man of the Year in recognition of service to the community.

Jack was a graduate of Lincoln High School, Ellwood City and Duquesne University, Pittsburgh, where he was Sports Editor of the Duquesne Duke, the University’s weekly newspaper.  He had an outstanding career in newspaper reporting and editing, community, and government relations and personnel administration.  He was recognized for his interpersonal skills and the ability to communicate with people at all levels.  He served as a Public Speaker for many events.

He started his career as a Reporter and Photographer for the Painesville Ohio Telegraph.  He joined the New Castle News in 1955 as the Ellwood City Bureau Manager, went on to becoming a prize-winning county government and police reporter and later was elevated to City Editor. He was employed by the Beaver County Times in 1966 as Chief Copy and News Editor and was a member of the editorial staff of the first Sunday edition of the Times. He was a former News Correspondent for the Associated Press and United Press International.

Jack left the Times to become Director of Personnel and Public Relations at Aliquippa Hospital, then Director of Employment at Allegheny General Hospital, Pittsburgh.  He was employed by the Medical Center of Beaver County, now Heritage Valley-Beaver, as the Director of Community, Media, and Government Relations until his retirement.

Jack began a six year term as Chippewa Twp. Auditor in 2006.  For many years, he was a Radio and Public Address Announcer for many sporting events, including Blackhawk football.  He was also a past member of the Blackhawk Quarterback Club.

Jack was a member of St. Rose of Lima Church (currently St. Monica’s) where he served as a Eucharistic Minister and President of Parish Council.  He also served as Chairman of the church’s 150th Anniversary Celebration.

Friends will be received on Friday from 2pm-6pm in Founders Hall at St. Monica’s Roman Catholic Church- 116 Thorndale Drive, Beaver Falls PA 15010 followed by a mass of Christian burial at 6:30pm. Fr. John Naugle will officiate. Due to Covid-19 and in accordance with CDC guidelines, masks MUST be worn at all times at both the visitation and the mass of Christian burial.  Social distancing will also be enforced.

Interment will be private.

In lieu of flowers, memorial contributions can be made payable to the Norma Simon ALS Patient Equipment Fund in Jack’s name.  Contributions should be mailed to the ALS Association of Western PA Chapter- 416 Lincoln Avenue, Millvale PA 15209.

The family would like to give special thanks to the staff of Elmcroft of Chippewa for all of the loving care they provided to Jack.