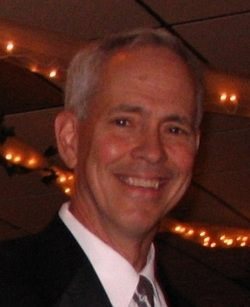 John “Jack” McNees, 66, of South Beaver Township went to be with his Lord and Savior, Jesus Christ, Thursday, March 3, 2016 in Heritage Valley- Beaver.Born December 30, 1949 in New Castle, he is the son of Ruth (Knepp) McNees Bedison and the late John Curtis McNees. Jack was a 1971 graduate of Penn State University and was employed as an engineer at the former B&W, now TMK IPSCO Corp. for 45 years. He was a long time member of Pathway Church, where he was most recently a church greeter and choir member. He was also involved with the children’s ministry for many years. He loved music, and was a member of the In Accord singing group.He is survived by his mother, Ruth, and his loving wife of 43 years, Marilyn; his three children, Dan (Chrissy) McNees of Bethel Park, Julie McNees of Santa Cruz, CA, and Robert (Karen) McNees of Robinson Township; and his four grandchildren, Camryn, Renee, CJ and Baby Boy McNees.Friends will be received on Sunday from 1pm-3pm and 6pm-8pm in the Gabauer-Lutton Funeral Home 117 Blackhawk Road, Chippewawww.gabauerluttonfuneralhome.com. Jack will lie in state on Monday from 10am until the time of service at 11am in Pathway Church 239 Braun Road, Beaver Falls PA 15010. Pastor Ed Walsh will officiate.Interment will follow in Sylvania Hills Memorial Park.He will be remembered and greatly missed by all those who knew him. In lieu of flowers, the family requests any donation be made in Jack’s memory to Pathway Church.