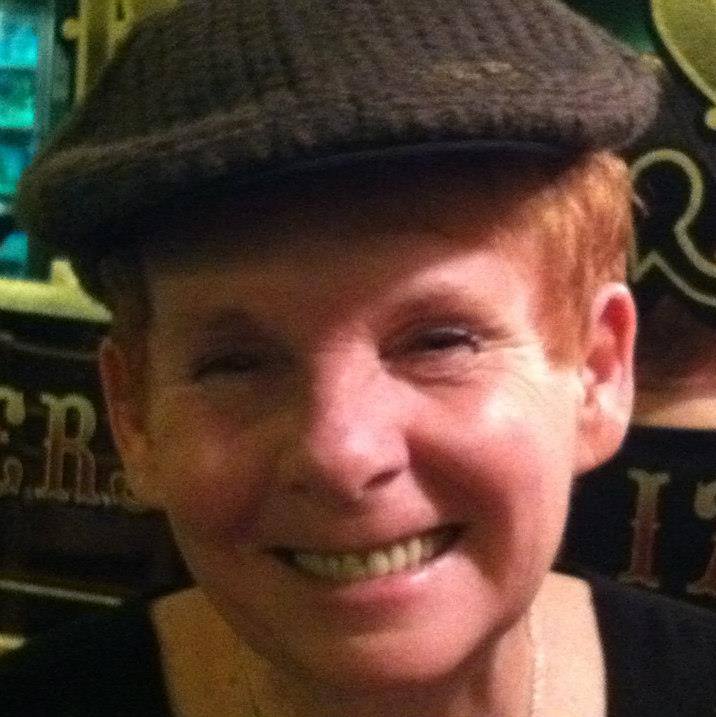 Kathleen A. “Kitty” Edge, 74, of Rochester, passed away on Monday, June 6, 2022 at Heritage Valley, Beaver surrounded by family following a brief but aggressive battle with advanced-stage metastatic lung cancer. Kitty was most recently a Quality Control Manager for Haemonetics, Leetsdale before retiring in 2011.
Born on November 19, 1947, in New Brighton, she was the daughter of the late Patrick and Dorothy “Dot” (Fair) Flaherty. A 1965 graduate of New Brighton Area High School, Kitty worked at McGuire Memorial in New Brighton until she married her first husband, Michael McCoy of Beaver Falls, in 1968. Together, they had three children and lived in Connecticut, Pennsylvania, New Jersey, Northern California, and Southern California until their divorce in 1985 when Kitty and the kids moved back to Beaver County.
Kitty never met a stranger. A warm and outgoing personality, she is best known and remembered for her gift of gab and storytelling with anyone she’d meet. She once received a wrong-number phone call from someone and ended up talking to him for four hours, something her kids teased her about for decades! Her ease of conversation and her incredible listening skills made her a “second mom” to many of her kids’ friends, and she always welcomed the hustle and bustle of guests in her house. She subscribed wholeheartedly to the “the more, the merrier” motto in life, inviting newly-met friends into the fold and within minutes making them feel like she knew them for years. Kitty amassed a huge network of friends, yet she had an uncanny ability of making each one feel special to her. Her many family, friends, coworkers, and her children will sorely miss being able to pick up the phone at any time and find Kitty’s loving and friendly voice on the other end.
Kitty’s children were her life and her proudest accomplishments. She poured her time and energy into the various activities they were involved in and spent hours chauffeuring them to and from practices, classes, events, and competitions during their childhood. Her love of track and field inspired her to become a certified coach, and she coached hundreds of children throughout the years in “racing the clock” rather than each other, instilling self-confidence and accomplishment in every single athlete she worked with. As her children became adults, Kitty turned those skills into becoming the greatest yet most-underpaid lifecoach on earth, always ready to provide a pep talk, advice, encouragement, and love to support them in whatever endeavors they pursued. She was beyond proud of their every accomplishment, big or small. To say her children will miss this about their mom is an understatement.
Kitty was an avid lover of all things Irish, particularly music, artwork, and Guinness. She enrolled her children in Irish dancing lessons before Riverdance was ever a thing, and she voraciously read any book or novel that dealt with Irish history, folklore, and culture. In the late 1990s, she joined the Irish Club of Beaver County where she met her second husband and the love of her life, Francis Eugene “Gene” Edge, Jr. of Rochester. Married in 2001, together they traveled to Irish festivals throughout the country and to Ireland itself, enjoying all the rich Irish music they could soak up as well as a few pints of Guinness. You could walk into their house at any time to hear Irish ballads or rebel songs being played. For her 60th birthday, Kitty was “canonized” by her family and friends at her “St. Kitty’s Day” party to celebrate her and her love for Ireland, complete with Irish music and a Guinness toast to her life. Her friends and family will forever think of Kitty when raising a glass of Guinness to their lips. Sláinte!
Kitty loved to dream that she’d hit the lottery one day and would play regularly to try and make that happen. She would talk endlessly with her kids about how she would divvy up the money and what she wanted to do with the portion she would keep, including starting several scholarships to help underprivileged children, single mothers, and those down on their luck go to vocational school or college to improve their lives. Although she never won more than a few bucks and was never able to bestow the fortunes of her winnings onto her kids, her children fully believe they won the lottery at birth and were rich beyond measure throughout their lives to have her as their mother. Her passing will forever leave holes in their hearts.
Kitty was preceded in death by her second husband, her parents, and a sister, Patricia “Patty” Flaherty.
She is survived by her loving children, Michael McCoy, Jr., Jennifer (Andrew) Bartko, and Timothy McCoy; her brother, Terry (Gwen Kamper) Flaherty; nieces, Cailin Flaherty and Meryl Kathleen Flaherty; a special cousin, Judie Giles; special in-laws and friends, Bell and Joe Ragozzino; a loving neighbor and “son,” Tommy Frederick; her first husband and eventual friend, Mike (Crissie Smith) McCoy; and numerous family members and friends.
In accordance with Kitty’s wishes, she will be cremated and some of her ashes will be spread at the Flaherty Family cottage where her grandfather was born in Tullycross, Ireland. A gathering to celebrate her life will be held on Saturday, June 11, from 12:00 pm – 3:00 pm at Jimmy K’s Bar and Grille in New Brighton. All are welcome. Her family humbly asks that donations be made in her memory to the American Lung Association (www.action.lung.org) to support lung cancer research and smoking cessation programs.
The GABAUER FUNERAL HOME & CREMATION SERVICES, INC., 1133 Penn Ave., New Brighton, www.gabauerfamilyfuneralhomes.com is honored to provide care and guidance to Kitty’s family.