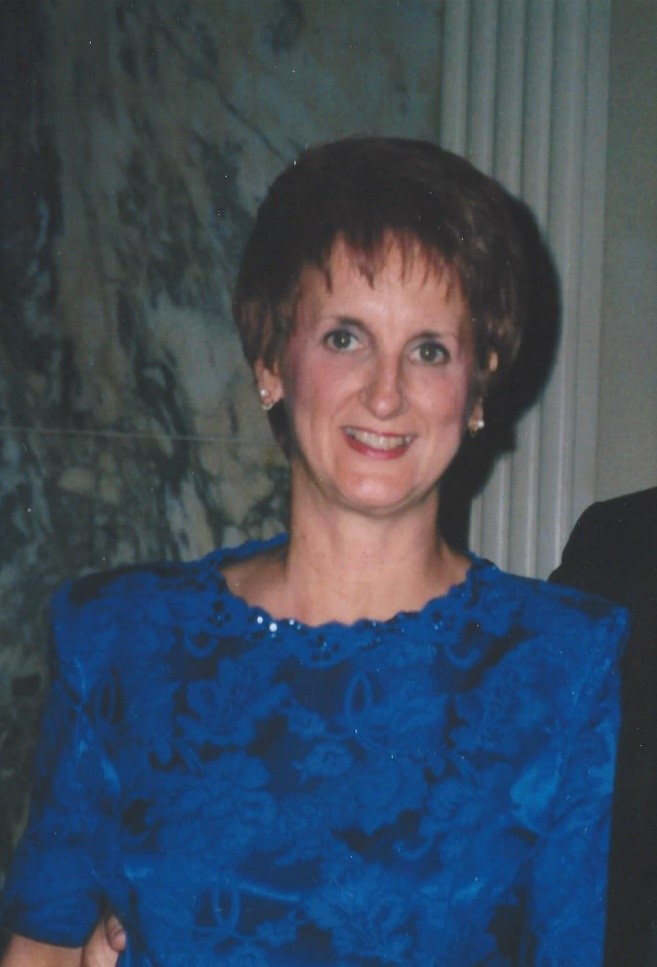 Kay Foster Munro, seventy-seven, of Fairfax, Virginia, passed away on Thursday, July 28th, surrounded by the love of her families – both the one into which she was born and the one she collected for herself.  Kay was born August 2, 1944, in Beaver Falls, Pennsylvania to Laura Elizabeth (Bette) Kale Foster and William Allen Foster.  A World War II baby, Kay’s Dad didn’t get to meet her in person until she was eight months old and he returned from duty in the South Pacific with the Army Air Corps (later U.S. Air Force).  Even with her Dad overseas, Kay was doted on not only by her Mom, but by both sets of grandparents, her Aunt Kay, for whom she was named, and her Uncle Bob and Aunt Marion.

The Foster family lived in Enon Valley, Pennsylvania after Bill’s discharge from the Air Force, and in 1950 grew to include younger sister June.  They moved to Wilmington, Delaware in 1957, where Kay attended and graduated from the newly opened Mount Pleasant Senior High School in 1962.  She then attended the University of Delaware, making several life-long friends while there.  Throughout her life, she delighted in telling anyone and everyone that she had graduated from the U of D in three years, and with substantially higher grades than those of her classmate – the current resident of 1600 Pennsylvania Avenue.

After graduation in 1965, Kay worked first for the New Castle, Delaware School District, and then for the Cecil County, Maryland schools.  She started as a teacher, but quickly found that her interests were more firmly rooted in the library.  She went back to the University of Delaware and received her Master’s Degree and Certification as a Public School Librarian. She soon moved to Fairfax County, Virginia, and began her career in the Fairfax County Public Schools.  She was initially the librarian at Herndon Middle School, but then moved to Thomas Jefferson High School.  Kay started at Jefferson High School (in the pre-STEM Jefferson days) in 1981.  She was soon tapped to be the sponsor for the TJ Cheerleaders.  Although horrified at first, as she said she couldn’t walk and chew gum at the same time, let alone plan or carry out cheer routines, the TJ girls quickly became a major focus of her life through that decade, and for long after.

She met Craig Munro in late 1981, and they were married in May of 1982.  At the time of their marriage, Craig worked for the Washington DC Metropolitan Police Force.  After he retired from the MPDC in 1990, he transitioned to a second career as a Safety and Security Specialist, also with the Fairfax County Public Schools.  Though Kay and Craig had no children of their own, together they served as role models for many young ladies, and several young men, with whom they have stayed in touch over the years.  Cheerleaders, library aides, and just students at first Jefferson and then West Springfield High Schools for Kay and Marshall High School for Craig, they added members to their “chosen family”.  Kay kept track of not only the original students, but their children and eventually grandchildren for all the rest of her life.

Both Kay and Craig retired from the FCPS in 1999, and they had the opportunity to spend the first years of their retirement traveling, especially to the countries of their roots, Scotland and Ireland.  Sadly, in 2006, Craig was diagnosed with Amyotrophic Lateral Sclerosis (Lou Gehrig’s disease).  Though he lost his speech and ability to walk, Craig’s spirit was indomitable, and Kay was determined to help him retain every bit of his abilities possible. In addition to caring for Craig for the fourteen years of his illness, Kay planned and coordinated the “Craig’s Clan Cares Walk to Defeat ALS” beginning in August of 2006.  Paired initially with the ALS Association, and later with the Robert Packard Center for ALS Research at Johns Hopkins, they hosted fourteen Walks.  The Walks drew family and friends from their High Schools, the University of Delaware and Parsons College, the DC Metro Police, Thomas Jefferson and Marshall High Schools, and elsewhere; from across the nation and from several different countries.  Through the fourteen years of physical Walks, they raised over $310,000 for ALS Research.  Craig passed away on May 11, 2020, during the COVID epidemic, though not from COVID himself, and Kay hosted two more “Virtual ALS Walks” in his honor and memory in 2020 and 2021, raising an additional $60,000, bringing the grand total for sixteen years to over $370,000.

Kay is survived by her younger sister June Foster Hollweck, her devoted companion and caregiver Isaura Corredor, who had been Craig’s primary caregiver during his battle with ALS, a number of cousins, nieces, nephews, great-nieces and great-nephews, and a host of the “bonus family members” who she accumulated over the years.  Services will be held Saturday, August 20th at Fairfax Memorial Funeral Home, 9902 Braddock Road, Fairfax, Virginia.  There will be a viewing from nine to ten, and services from ten to eleven.  Interment will be at a later date, in the family cemetery in western Pennsylvania.

In lieu of flowers, the family requests donations in Kay’s memory to the Robert Packard Center for ALS Research at Johns Hopkins.

Donations to the Packard Center can be made online at: https://secure.jhu.edu/form/PACKALS

Select “In Memory of” Kay Munro

Checks may be made payable to the Robert Packard Center for ALS Research at Johns Hopkins, and mailed to: