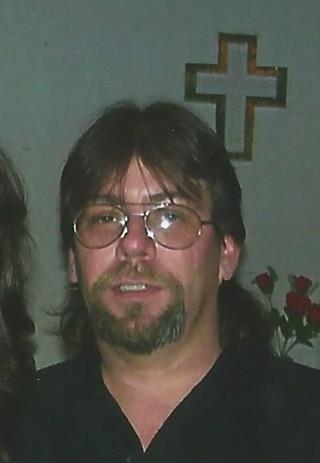 Kenneth E. Runyan Jr., 50, of Big Beaver (formerly of Connoquennessing Twp. Butler Co), died Sunday, January 29, 2017 of a sudden heart attack in his home.He was taken too soon from his loving wife of 29 years, Dawn (McIntyre) Runyan and their children, Thomas Runyan (Samantha), Robert Runyan, all of Big Beaver, Stormie Runyan (Daniel Wilhelm) of Butler, and Samantha Davies of VA.Born May 18, 1966 in Pittsburgh, Ken was a devoted husband, father and grandfather of 8. He is reunited, at long last, in heaven with his father, Kenneth E. Runyan Sr. and sadly leaves behind his mother, Patricia (Panza) Simon and step-dad Bart Simon, as well as 2 sisters, Lou Ann Arthur (Lester) and Lynne Bowser (Bill). He will be deeply mourned by his maternal grandmother, Peg Panza and mother-in-law, Donna McIntyre. His aunts, uncles, cousins, nieces, and nephews share in this tragic loss.A carpenter by nature, not just trade, Ken began Runyan Construction in 2010 with the talents and skills learned from his father. A previous employee of Brennan Builders and Firedex of Butler, Ken also had the privilege to work with and for many of the finest contractors and construction workers in the area. He considered them his brothers. Kenny could make anyone laugh, but he couldn’t just make friends, he made “family” and his loss will be felt by many. Nothing could ever come close to his tremendous love and devotion to his wife and children until his grandbabies came along. His favorite job above all else was being a “Pap-Pap”. He will be especially and profoundly missed by his grandchildren, Trent and Valerie Runyan who shared in his life and love each and every day, and granddaughters Amore and Jolene Cavaliero who always brought him so many smiles and filled his life and heart with laughter. Even though he was especially proud to share his name with granddaughter Makenna Runyan, they were all his pride and joy, his treasure and greatest achievement in life.In keeping with Ken’s wishes, a memorial service celebrating his life will be held on Saturday, February 11th at 3pm in the New Galilee Fire Hall, 606 Centennial Avenue, New Galilee PA 16141 followed by a luncheon. All are invited to attend.Arrangements were handled by the Gabauer-Matter Funeral Home & Cremation Services Inc. 3500 Third Avenue-Koppel PA 16136 www.gabauerfamily funeral homes.com.