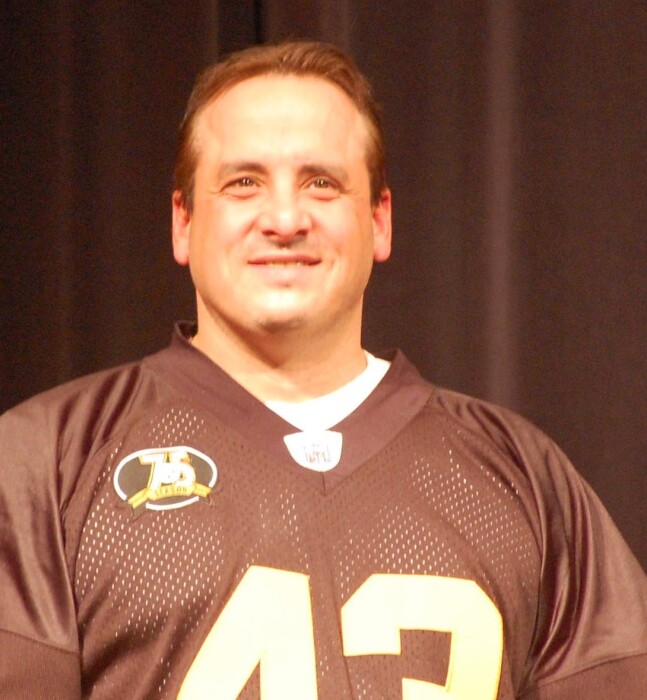 Marc A. Gratteri, 48, of Chippewa Twp., passed away on Monday, June 29, 2020 in his home with his most treasured and beloved family by his side.  Marc fought a courageous 5-year battle with cancer and now has gone home to be with the Lord.

Born September 13, 1971 in New Brighton, he was the son of Carol (Palimino) Gratteri and the late Vincenzo Gratteri.

In addition to his father, he was preceded in death by his brother-in-law, Gerard J. Zimmerman.

Friends will be received on Wednesday from noon-4pm and 6pm-8pm in the Gabauer-Lutton Funeral Home- 117 Blackhawk Rd. Chippewa- www.gabauerfamilyfuneralhomes.com where prayers will be held on Thursday at 9:30am followed by a mass of Christian burial at 10am at St. Monica’s Roman Catholic Church-Chippewa.  Fr. Kim Schreck will officiate.

In lieu of flowers, the family requests that contributions be made in Marc’s name to the Blackhawk Foundation-500 Blackhawk Road, Beaver Falls PA 15010.

The family would like to thank the Blackhawk community for the outpouring of love and generosity that was shown continuously throughout Marc’s fight.  #GratteriStrongAlways

1 responses to Marc A Gratteri