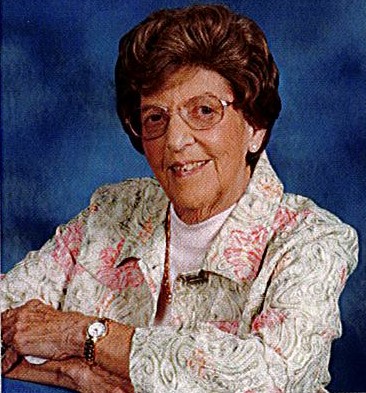 Marcia (Lambert) Campbell, 96, of Chippewa Twp., passed away at her home surrounded by her loved ones on Thursday, March 12, 2020 following a short illness.

Born May 28, 1923 in Beaver Falls, she was the daughter of the late William Guy and Ruth (Smith) Lambert.  Marcia was a graduate of Beaver Falls High School in January of 1941.  She graduated from Geneva College in 1943, receiving a Bachelor of Science degree in Education. She was an Elementary School teacher for 26 years in the Blackhawk School District.  She was an active member of several Retired Teacher’s Associations, both local and state.  Marcia was a member of the CUP Evangelical Presbyterian Church.  Following her retirement, she loved spending time in her flower gardens in the summer.  She and her husband “Bo” looked forward to the beginning of the Hookstown Fair each summer, when they would volunteer along with their close friends, Bob and Carol Miller and family.  It was a pleasant task, entering all the beautiful flowers and arrangements.

In addition to her parents, she was preceded in death by her husband, Tom (Bo) Campbell in 2007; her brothers, Kenneth Guy Lambert and Dr. Paul Lambert; her sister, Leah Shaffalo and her twin sisters Irene Sheets and Jean Coe.

Marcia will lie in state on Tuesday from 11am until the time of services at 11:30 am in the CUP Evangelical Presbyterian Church- 530 Blackhawk Rd. Beaver Falls, PA 15010. Reverend Scott Graham will officiate.

In lieu of flowers, donations may be made to the CUP Evangelical Presbyterian Church.