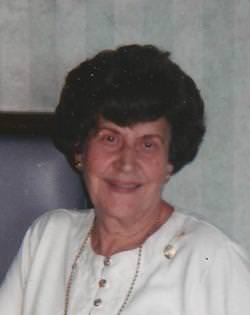 Margaret A. Protenic, 91, of Baden, died Monday, November 21, 2016, at Rochester Manor and Villa.She was born April 25, 1925 in Conway, the daughter of the late Valent and Catherine (Ecimovic) Idzojtic.In addition to her parents, she was preceded in death by her husband, George M. Protenic in 1991.Surviving are a son and his wife, George and Barbara Protenic Jr., West Chester; a daughter and her husband, Catherine and Irv Wnuk, Pittsburgh; a sister, Rose Surowiec, Baden; and 2 grandchildren, Jessica and Andrew Protenic.Friends will be received Friday from 6-8pm in the GABAUER-MATTER FUNERAL HOME & CREMATION SERVICES, INC., 1133 Church Street, Ambridge www.gabauermatterfuneralhome.com, where prayers will be offered Saturday at 9 a.m., followed by a Mass of Christian Burial at 9:30 a.m. in St. John the Baptist Church, Baden. Father Joe Carr will officiate.A rosary will be held on Friday at 7p.m. at the funeral home.Interment will follow at Sylvania Hills Memorial Park.!