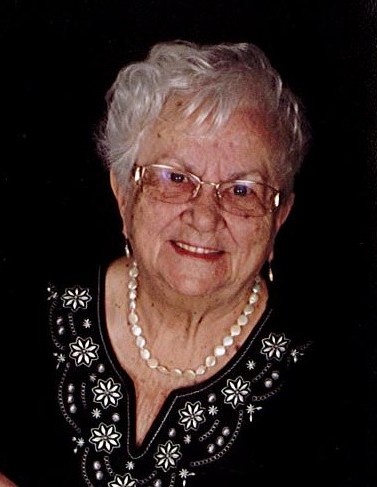 Born on October 10, 1934, she was the daughter of the late Joseph and Elizabeth (Frank) Stanko.

Marianne was a devoted member of St. Monica Roman Catholic Church, where she was a member of the VSPs, the Lady’s Guild, as well as the Choir.  In her free time, she loved playing bingo, cards, dancing, and spreading cheer to everyone she was in contact with.

In addition to her parents, she was preceded in death by her husband, Robert Merryman.

Friends will be received on Friday from 4-8PM at the GABAUER-LUTTON FUNERAL HOME & CREMATION SERVICES, INC., Chippewa Twp., 117 Blackhawk Road, Beaver Falls, www.gabauerfamilyfuneralhomes.com.  Prayers will be offered in the funeral home on Saturday at 9:30AM followed by a Mass of Christian Burial at 10AM at St. Monica Roman Catholic Church with Fr. Kim Schreck as celebrant.

In lieu of flowers, the family respectfully requests memorial contributions in Marianne’s name be made to a charity of your choice.