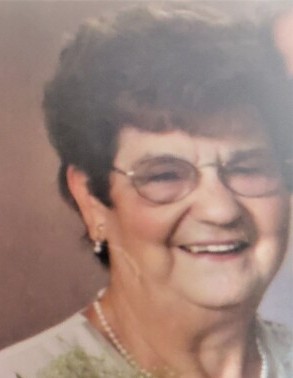 Mary Ann (Paglia) Turconi, 89, of New Galilee, spent the last few weeks doing what many have been doing during this unusual time, contemplating what life would be like in the coming months.

Mary Ann was not afraid of a virus. She had lived through worse, the death of her first child, her parents, her siblings, and her spouse. Mary Ann was, however, afraid she would not be able to get back to her life.

Would, she ever play bocce again at the New Galilee LMBA Club? Would her group of life-long friends reconvene for their weekly card club? Would she be able to attend mass on Sundays at St. Monica’s Parish? Would one of her grandchildren ever get married?

Mary Ann Turconi was a dedicated daughter, sister, mother, grandmother, and friend. She was a social butterfly who loved any excuse for a get-together and craved the presence of her loved ones, friends, and community.

Unfortunately, she would never get to play bocce again at the New Galilee LMBA Club, reconvene with the ladies from card club, attend mass at St. Monica’s Parish or, most regrettably for her grandchildren, attend their weddings.

Born September 18, 1930, in Ellwood City, Mary Ann was the daughter of the late Concordia and Anna (Morello) Paglia. She was a long-time beautician, entrepreneur, and beauty shop owner. She ran her shop from her home while raising her four children, baking countless pies, and making thousands of meals for her family, friends and often, strangers in need.

As a seasoned cook she spent hours teaching her grandchildren how to make their favorite family recipes which included, among many others, homemade pasta, tomato sauce, and gnocchi.

Mary Ann loved the outdoors and traveling, especially when the temperature was above 70 degrees. As the years went on, and her family grew up, she enjoyed visiting with them across the country and following their adventures online. She always had an exciting life update to share about a grandchild, nephew, niece, cousin, or friend and despite her large family she never missed a birthday, graduation, engagement, birth announcement or marriage.

In addition to her parents, she was preceded in death by her husband, Aldino B. Turconi; her brothers, Anthony, Joseph and Thomas Paglia and sisters, Virginia Perry, Margaret Bullano and Rose Paglia.

A private family funeral was held Friday, May 15 at Gabauer-Lutton Funeral Home, Chippewa Twp followed by a private interment, which took place in St Mary’s Cemetery.

The family requests that contribution can be made in Mary Ann’s name to St. Monica’s Parish Share 116 Thorndale Dr. Beaver Falls, PA 15010 and Meals on Wheels of Beaver County, an organization for which she volunteered for many years.

A memorial mass and celebration of Mary Ann’s life will be announced at a later date when circumstances allow.