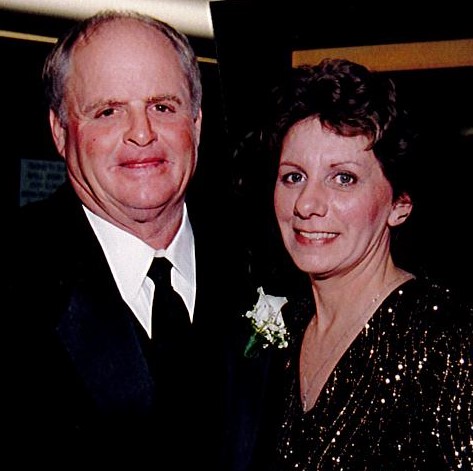 Mary Ellen Lighthall, 62, of Patterson Township, passed away on Thursday, April 22, 2021 at home.  Born on December 8, 1958 in Ashtabula, Ohio, she was the daughter of the late Leland and Leona “Bernie” (Long) Roberson.

Waiting her arrival was her husband, Richard Alan Lighthall, 66, who passed away on Sunday, September 22, 2013. Born on January 25, 1947 in Plattsburg, NY, he was the son of the late Egbert and Doris (McCloud) Lighthall.

In addition to their parents, they were preceded in death by Mary’s brother, Leland Hayes Roberson and brother-in-law, Greg Carpenter, also Richard’s son, Robert Lighthall and his brother, William “Billy” Lighthall.

Things that Mary and Richard enjoyed together included spending time with their family and pets, traveling, working together, fishing, and gardening.

A memorial visitation will be held on Wednesday from 4 pm until the time of service at 7 pm in the GABAUER-LUTTON FUNERAL HOME & CREMATION SERVICES, INC., 117 Blackhawk Rd., Chippewa Twp., www.gabauerfamilyfuneralhomes.com. Rev. Lee Bittner will be officiating.

Private inurnment will be in the National Cemetery of the Alleghenies-Bridgeville with full military honors.