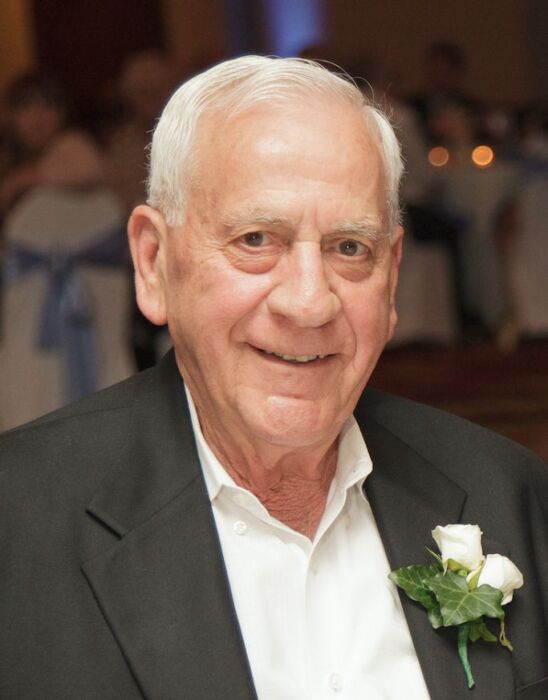 Nicholas (Nick) Crivelli died peacefully on December 31, 2020 with his family by his side. He was 86 years old and until two weeks before Christmas, continued to work six days a week. On Sundays, he loved working on his property chopping down trees and clearing walking paths for family and friends, often followed by family dinners prepared by his cherished wife. He had the strength and stamina of a much younger man.

Nick was the youngest son of the late Nicola and Carmella (Mancini) Crivelli and brother of the late Phillip, James, Anthony, Angelo, Anne Gomez, Vera Augustine, and George. Nick credited his father and mother for instilling in him the importance of devotion to family and building a legacy. He was given his first job by his father at the age of 12—delivering coal in the early hours of the morning before school—finally joining all seven of his siblings in the family’s coal and building supply company. After school, Nick would pump gas and serve customers at the gas station and grocery store in Stowe Township, Pennsylvania. With these early life experiences, he learned the value of hard work and discipline—lessons he would go on to impart to many others throughout his long and rich life. Like his father and mother before him, Nick built his own legacy with a family of strong and independent children, who loved and adored their father. He instilled in them the knowledge that for a family to succeed, it needs a stable foundation where compassion, devotion, firm guidance, and unconditional love are the cornerstones. He valued his own family’s heritage and made sure that the following generations understood the family history, including the sacrifices that earlier generations made in order for future generations to thrive.

??Nick was a gifted entrepreneur and businessman. In all of his business ventures, he brought the same passion and energy he brought to other areas of his life. Nick had a long and prolific career, building several successful businesses from the ground up. He approached life with fearlessness and bravery. He excelled at taking on new challenges, starting new projects, and business opportunities. Following graduation from Stowe High School, he went on to receive his Associate Degree in Accounting from Robert Morris College. In 1954, Nick joined the family auto dealership in McKees Rocks, PA, where he learned the value and importance of building life-long relationships and providing service to others. He graduated from the Chevrolet Dealer School in 1959. In May 1977, he ventured away from the family dealership to embark on creating his own family legacy of auto dealerships. The first auto dealership to open was Nick Crivelli Chevrolet in Vanport, PA, followed by partnerships with family members and employees in auto dealerships in Franklin, New Castle, Mount Pleasant and Hopewell. The impact that Nick had on the community and on younger generations in Allegheny and Beaver County was extraordinary. Nick has been described by many as generous, kind, warm, and charismatic. His generosity was immense and limitless—sharing his time and wisdom to anyone who asked. He mentored many an aspiring business owner and entrepreneur, providing advice, encouragement, and guidance. Many of his current and former employees extolled the valuable life lessons he imparted to them, including the importance of being in control of your own life and destiny, the value of being your own boss, and to always support and help your family and friends.

Family and friends are welcome to celebrate Nick’s life on Wednesday from 2pm-4pm and 6pm-8pm and Thursday from 2pm-4pm and 6pm-8pm at St. Monica’s Catholic Church- Founders Hall- 116 Thorndale Dr. Beaver Falls, PA 15010 where prayers will be held on Friday at 9:45am followed by a mass of Christian burial 10am. Fr. Bill Schwartz will officiate.  In accordance with CDC guidelines, masks must be worn at the visitation and church.