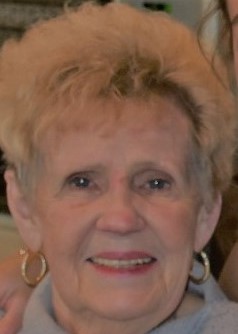 Patricia (“Pattie”) Kislock Mangerie, a resident of Koppel, PA, passed away peacefully surrounded by her children on Tuesday morning, February 2nd, 2021. She was 83. Pattie was born June 12th, 1937, the eldest of six children of the late Stephen F. and Helen T. Kislock of Beaver Falls, PA.

A graduate of Beaver Falls High School, she spent 30 years as the Koppel Borough Secretary. Pattie dedicated her life to her family, community, and faith. A member of Queen of Heaven Roman Catholic Church in Koppel and St. Monica Roman Catholic Church of Beaver Falls, PA,  her children and their families gathered every Sunday after mass for pasta dinner at Pattie’s house. She treasured being with her very best friends, the late Christy Mangerie Robinson, Pattie’s sister-in-law; Audrey Houk and Darlene Esoldo.

In addition to her parents, she was preceded in death by her eldest child Richard Mangerie; and a brother, Bobby.

The family would like to send a special “Thank You” for the extra loving care provided to Pattie by Good Samaritan Hospice, Roxann Esoldo, Jeanie Comer, Holly Wissner and Jessica Potts.

Friends will be received Friday, February 5th, 2021 from 2pm to 4pm and from 6pm to 8pm and in the Gabuear-Lutton Funeral Home at 117 Blackhawk Road, Chippewa Township, PA 15010. The funeral mass will be at St. Monica Roman Catholic at 116 Thorndale Drive, Beaver Falls, PA at 10am. Fr. Kim Schreck will officiate.