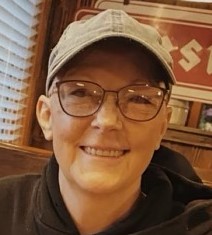 Peggy S. Miller, 63, of Darlington Township, passed away on Thursday, March 4, 2021 at Good Samaritan Hospice.  Born on March 2, 1958 in Rochester, she was the daughter of Louis Liller and the late Nancy (Shoaff) Liller.

In addition to her mother, she was preceded in death by a sister, Lynn Liller.

Friends will be received on Monday from 2-4pm and 6-8pm in the GABAUER-LUTTON FUNERAL HOME & CREMATION SERVICES, INC., 117 Blackhawk Rd., Chippewa Twp., www.gabauerfamilyfuneralhomes.com.

A private funeral service will be held in the funeral home with interment in Sylvania Hills Memorial Park.