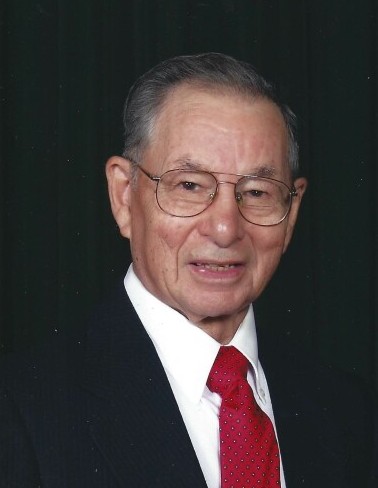 Born September 30, 1924, in Beaver Falls PA to the late Joseph and Francis Mitchell he was a past parishioner of St. Philomena Roman Catholic Church and presently of St. Monica Roman Catholic Parish, Chippewa Twp. He was the longtime owner of K&M Auto Electric located in Beaver Falls. But above all, he was a devoted husband, a loving father, grandfather, and great grandfather. He was a Veteran, and at 18 years old served in the US Army in WW II, surviving the Battle of the Bulge, and earning a battlefield promotion.

Friends will be received Thursday from 3pm to 7pm in the GABAUER-LUTTON FUNERAL HOME, 117 Blackhawk Road, Chippewa Twp., www.gabauerfamilyfuneralhomes.com, where prayers will be offered Friday at 9:30 am followed by a Mass of Christian burial at 10 am at St. Monica Church, Chippewa, with Father John Naugle as celebrant.

As an expression of sympathy, memorial contributions may be made to the charity of your choice.

The family would like to thank the staff of Beaver Meadows/St. Barnabas assisted living residence and St. Barnabas hospice teams for their, kindness, empathy, and care.