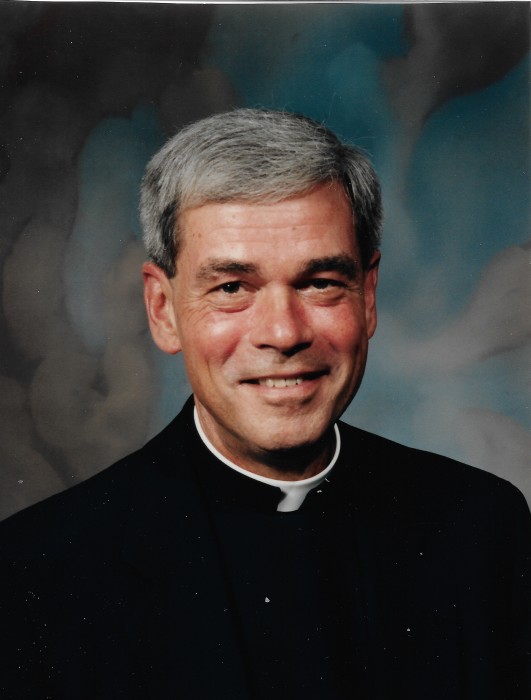 Born September 19, 1937 in Beaver Falls, Pa. son of the late Anthony and Betty (Sydlik) Rutkowski, he attended Holy Trinity School and Beaver Falls High School, graduating in 1955. He was ordained to the Catholic Priesthood on May 4th, 1963, by John J. Wright, then Bishop of Pittsburgh. He was assigned as assistant pastor to St. Michael Church, Elizabeth Pa.

In September 1968 he was assigned to the theology faculty of Orchard Lake Seminary, Orchard Lake, Michigan. There he taught courses in Introduction to Theology, Ecclesiology, Christology and World Religions, and team-taught a course in Sacramentology. He served as Spiritual Director of the Seminary, then as Dean of Students and Assistant Academic Dean of Theology. He was Director of the workshop “The Midwest in the 70’s” in the summer of 1970 at the University of Chicago, sponsored by the Midwest Association of Theological Schools. He co-authored part of the “Church, World, Kingdom” series for adult education in the Archdiocese of Detroit. He lectured and gave retreats for priests, sisters, and lay people in Michigan, Indiana, and Virginia. He studied in the areas of sociology and psychology at Wayne State University, Detroit, and in theology at Aquinas Institute of Theology, Dubuque, Iowa, for three summer sessions.

From 1976 until 1980 Father Ted served as Administrator of Guardian Angels Church, Pittsburgh. He is a judge in the Tribunal of the Diocese of Pittsburgh, and served for 12 years o the theology faculty of the Mercy Hospital School of Nursing. He was host of the weekly Diocesan radio program “Faith Today: A Catholic View” heard over KDKA.

Several years later he moved to Franciscan Manor in Patterson Heights to be near his family. Father Ted enjoyed spending time in Sea Isle City, New Jersey with his extended family. He was well known for his crab cakes, fudge, and sense of humor.

He is survived by his sisters, Nancy Markel and her husband Ron, Lee Greco and the late Don, Mary Ann DeMonaco; and numerous nieces, nephews, and cousins.

A memorial Mass will take place at a later date.

5 responses to Rev Theodore A Rutkowski