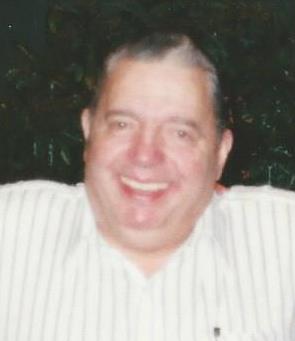 Richard “George” Morrell, 81, of Chippewa Twp., died Sunday, March 26, 2017 in his residence.Born March 1, 1936 in New York, he was the son of the late Vincent and Loretta (McGrain) Morrell. He was a retired Union Pipefitter by trade and had 50 years of service in Locals 115, 47, and 27. He was Catholic by Faith, a member of the F.O.E. New Brighton. He was a Former member of Saint Mary’s, Lions Club, Toys for Tots and the Beaver Falls Business District Authority. He was also Former Co-owner of Nero’s Lounge. He was passionate about Traveling, Politics and History. He was very proud of working on the 1964 World’s Fair and Shea Stadium in N.Y.He is survived by his loving wife of 63 years, Marie (Rindone) Morrell; his children, Richard “Brian” (Carol) Morrell of New Brighton, Chuck (Kate) Morrell of Connecticut, Mary (Edward) Kisic of Chippewa Twp., and Kevin (Jill) Morrell of Big Beaver; his grandchildren, Anthony M. Morrell, Suzanne M. Morrell, Erin Morrell, Robbie Morrell, Jenn (Jeff) Padgett, Sarah (Matt) Steklachick, Eddie Kisic, Kevin J. Morrell and Kris C. Morrell; and numerous great-grandchildren.In addition to his parents, he was preceded in death by his sister, Peggy Tagle; and his brother, Robert Morrell.Friends will be received on Thursday from 2-4pm and 6-8pm in the Gabauer-Lutton Funeral Home & Cremation Services Inc- 1117 5th Avenue Beaver Falls www.gabauerfamilyfuneralhome where a Blessing Service will be held on Friday at 10am. Father Tom Kredel will officiate.Entombment will follow at Sylvania Hills Memorial Park.In lieu of flowers, the family requests contributions be made in Richard’s name to the Divine Mercy Angel Fund- 609 10th Street Beaver Falls, PA 15010 or the B.C. Association for the Blind- 616 4th Street Beaver Falls PA 15010.