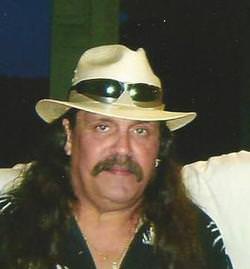 Robert “BK” Kevin Littell, 57, of West Mayfield, died Monday, February 29, 2016, in Good Samaritan Hospice.Born January 4, 1959, in Beaver Falls, he was the son of Robert S. and Linda Littell, Georgetown and the late Barbara (Hersberger) Littell McCandless. He was a veteran of the United States Army, and was a member of Boilermakers Local #154.In addition to his father, he is survived by his wife of 32 years, Kelly Lee Harrington; a son, Robert J. Littell and his fiance?? Angel Haylett and a daughter, Ashley N. Littell, all of Beaver Falls; three brothers and two sisters-in-laws, Charles and Marjorie Littell and Lawrence Jeffrey McCandless, all of Ellwood City, and Mark and Lori Littell, Hanover; a sister, Shannon Littell, East Liverpool, OH; his mother-in-law, Mary E. Harrington; three grandchildren, Da’Sean, Ryan and Aubrey and several nieces and nephews.In addition to his mother, he was preceded in death by a son, Ryan Harrington; a sister, Melissa Gillin, and his father-in-law, Ralph E. Harrington.As per his wishes, there will be no viewing.A celebration of his life will be held Saturday, March 12, 2016, in the New Galilee Fire Hall, 606 Centennial Avenue, New Galilee PA 16141 from 3 to 9 p.m.Arrangements were handled by GABAUER-LUTTON FUNERAL HOME & CREMATION SERVICES, INC., 117 Blackhawk Road, Chippewa Township.