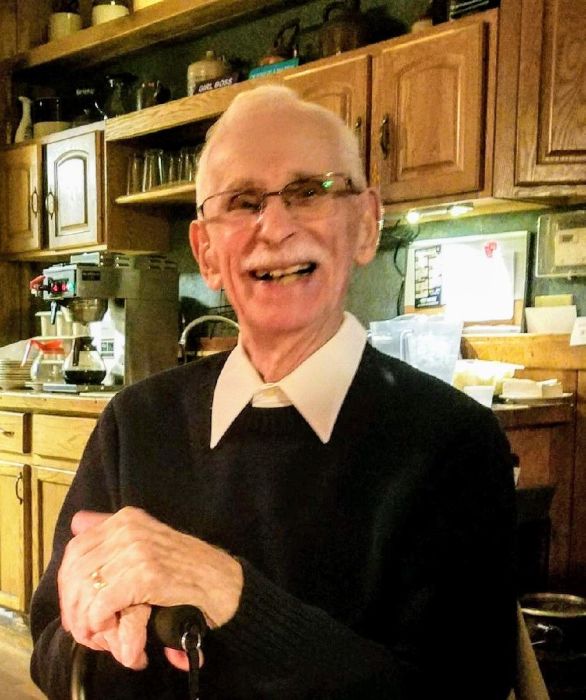 Robert was born in New Brighton December 19, 1929 the son of the late Augustus and Evelyn (Graham) Balderson.  Bob grew up in New Brighton and graduated from New Brighton High School before joining the Navy.  He served for 4 years during the Korean War.

In addition to his parents, Bob was predeceased by a brother-in-law, Steve Mulik.

Bob retired from Westinghouse Electric with 40 years of service as an inspector in the Quality Control Department.  He belonged to Westinghouse salaried union where for a time he served as a union representative; he also belonged to the Westinghouse Clerks Association.  A little bit of a workaholic, Bob continued working into retirement as a truck driver with both Skyline and AGX.  Finally retiring again in his mid-seventies.

Bob had an interest in steam engines, acquired several; he put them into the Darlington Industrial Museum where he loved showing them off and running them for the visitors of the museum.  Until he became ill, he was an active member of the Little Beaver Historical Society for years.

Bob was a member of the Chippewa United Methodist Church.

Please no flowers or gifts, if desired contributions in Bob’s memory can be made to the Chippewa United Methodist Church, 2545 Darlington Rd. Beaver Falls PA 15010 or the Little Beaver Historical Society, PO Box 304 Darlington PA 16115 or a charity of your choice.

The family would like to thank Dr. Carl Sestito and Angie from the Good Samaritan Hospice for their loving care.

Because of the danger imposed by the Coronavirus, the service and the entombment will be private.  A memorial service will be scheduled at a later date.  Services will be conducted by Rev. Allan Brooks of the CUMC.