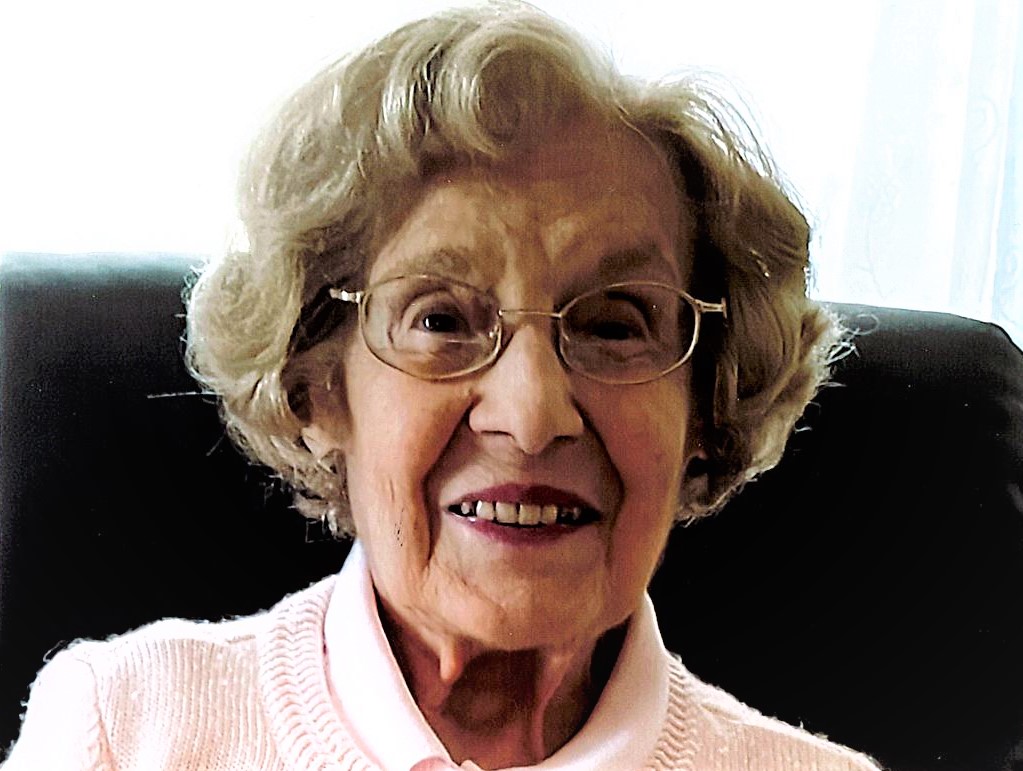 Rose Dorothy (Sebastian) Petterson, age 94, formally of Rochester, Pennsylvania, passed away peacefully on Wednesday June 1st, 2022, at her daughter’s residence in Chippewa where she has been cared for during the past three years.
Rose was born August 28th, 1927, in Monaca. A daughter of the late Ralph and Caroline Delbone Sebastian. She was a member of NARVE and Our Lady of the Valley Catholic Church. Rose graduated Monaca High School in 1946 where she was captain of her basketball team and voted May Queen her senior year. She was a woman of integrity and honor who had a heart of gold. Rose lived her Italian heritage through cooking with the best sauce in the county where she was always willing to share a dish of pasta for whomever was visiting. She held friendships near and dear and longed for the visits of family and friends during her final years. Rose married her husband, Emanual (Mike) in 1954 after his sister introduced them at a social event and they celebrated nearly 50 years of marriage until his passing in 2001. Rose loved living in the valley, listening to Sinatra and Martin, baking cookies, and visiting with friends. She will be missed by all.
In addition to her parents and husband, she was preceded in death by six brothers Lawrence, Joseph, Mark, Arthur, George, & Christy Sebastian; two sisters Elvira Romano and Mary Lokey.
She is survived by a daughter Evie (Alex) Biggie and three sons Stephen (Lillian) Petterson, George (Maria) Petterson, Christian Petterson, and her daughter-in-law Karen (Jim) Malena; her loving sister-in-law Rose Marie Sebastian; eight grandchildren Adam (Theresa) Petterson, Lauren Petterson, Emily (Travis) Raught, Ryan (Taylor) Biggie, Stephen (Tina) Petterson, Heather (Ted) Dengel, Toni (Arron) Smith, and Michael (Britany) Petterson, also numerous great-grandchildren; special nephews and nieces Jack Romano, Crystal Romano-Presto, Wayne and Debbie Petterson Bellamy, Margaret D’Eramo, Nancy Sebastian, Tina Sebastian, Lynn Caffro, and Carolyn Hewko.
The family would like to thank Sr. Claudia Bronsing OSF; Janet, Lee, Josh and Zack Hedge, Agie and Danny Modrovich, and Allison Witte for their help, love, prayers and kindness given to our mum. We also thank Enhabit Hospice nurses Allison, Shannon, and Lillian for the support and care they provided.
We have been blessed in life with the wonderful gift of our mother. Her kind ways, selflessness, and unconditional love was abundant to everyone that knew her. We will remember your beautiful smile, peaceful ways and love of our Lord. Non ti dimenticherò.
Friends will be received Monday, 4:00 p.m. to 7:00 p.m. in the Gabauer- Lutton Funeral Home Chippewa 117 Blackhawk Road Beaver Falls Pa 15010 www.gabauerfamilyfuneralhomes.com where prayers will be held Tuesday at 9:30 a.m. followed by a Mass of Christian burial at 10:00 a.m. at St. Monica Church in Beaver Falls. Fr Kim Schreck will officiate.
A Rosary will be recited Monday at 6:00 p.m. in the funeral home.
Interment will follow in St John’s Cemetery, Monaca.
Memorial contributions may be made to a charity of your choosing, or in lieu of flowers, Rose would wish for folks to do a simple act of kindness for others.