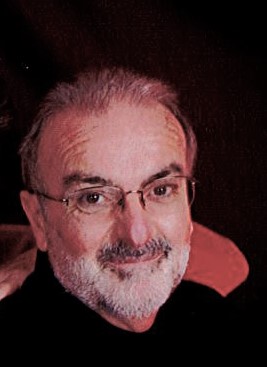 Sam G. Farzo, of Calcutta, OH, formerly of New Brighton, passed away in Heritage Valley-Beaver on Wednesday, November 9, 2022 after a long struggle with multiple health issues.

Sam surrendered his life to Christ in 1994. It was by growing faith and trust in the Lord Jesus that gave both Sam and Karen the strength and bravery to meet life’s challenges.

Sam attended Pathway Church, where up until his illness no longer enabled him to, he volunteered for the AWANA Children’s Ministry, and was a member of the PrimeTimers Group as well as the Faith Builders Bible Study.

Sam was a former owner of an automobile sales business, then went on to work for McElwain Motor Car Company for 22 years.

Sam enjoyed many things.  He was an avid motorcycle rider. He loved taking Karen for rides on his Harley.  He also loved taking cruises, visiting many far away places including the Caribbean, Hawaii and Alaska.  His favorite things to do on the ship were to sing karaoke and eat!  The highlight of this past summer for Sam was attending weekly car cruises, where he was reunited with old friends, while at the same time meeting and making many new friends.

He is survived by his loving wife, Karen (Pander) Farzo; his son Matt Brenner and daughter-in-law Sabrina, his daughter Corrie Brenner and son-in-law Gary Klobchar, his son Anthony and his two daughters, Gianna and Natalie, and his daughter Dawn; his grandchildren Gary Michael and Alex Klobchar and Noah Brenner; his sister Sandra, her husband, Philip “Skip” Dinello ,their children Jolie and Steve and their families;  his brother-in-law Larry Pander, his wife, Laurie, and their children, Shawn, Ryan, and Brandon and their families; his mother-in-law, Catherine Pander; also several cousins.

In addition to his parents, he was preceded in death by his stepmother, Jean Farzo; and his father-in-law, Milton “Pete” Pander.

Sam will lie in state where friends will be received on Thursday, November 17th in Pathway Church- 239 Braun Rd., Beaver Falls, PA 15010 from 9:30am until the time of service at 11am.  Pastor John Westurn will officiate.

In lieu of flowers, donations may be made in Sam’s name to Pathway Church. Sam and Karen were passionate about helping others- especially the elderly and disabled.   To honor Sam’s name, Karen asks that you reach out to an elderly or disabled person.  You too will find the joy that comes from even one small act of kindness.

Karen would like to thank everyone for all of the love and support that Sam received during his illnesses.  A special thanks to Dr. Morris and Beth Book, Patti and Roger Pattison, Bob and Nanci Rhodes, their Pathway family and the surrounding community for all of the cards, phone calls, and prayers.

Jesus said to him, “I am the way, the truth, and the life. No one comes to the Father except through me.” John 14:6