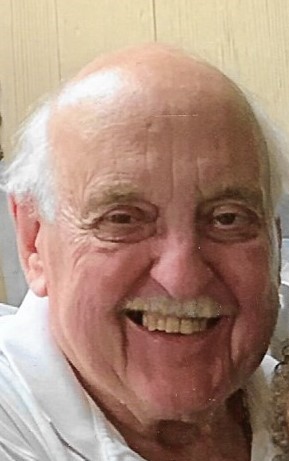 Theodore Henry Young of Chippewa Twp. passed away at 84 on Thursday, January 7, 2021 in Select Specialty Hospital-Boardman in Youngstown, OH.

Born January 26, 1936, on a 111-acre farm in Chippewa, Ted built his strong work ethic helping his family on the homestead while attending Beaver Falls High School.  After graduating, he joined the Army, then worked for his aunt and uncle at Reed’s Dairy.  He started his own milk delivery business with his brother, Dave in 1964. Over a decade they grew their delivery route from 7 families to over 1,100.

It was during his success in the milk business that he discovered his passion-coin collecting.  What started as a hobby turned into a flourishing business after Ted purchased the former First National Bank of Rochester building and turned it into Young’s Jewelry and Coins in 1974.

Alongside his wife and three sons, Ted built a family business that was more than your typical jewelry store.  He loved the history of coins and currency.  One of his most prized collections were the first notes issued by the Beaver and Rochester national banks.  While Ted never retired, he was quick to express how proud he was to leave the business to his sons.  His family, friends, employees and customers alike admired his generosity, honesty and intelligence.

Known for his spontaneity, Ted once bought 5,000 pocket watches at a coin show.  The watches filled the counters at Young’s Jewelry only long enough for a customer from Buffalo to visit the store and buy every single one.  He packed his pocket watches into 5-gallon buckets and it took him 18 full buckets to carry his purchase out of the shop.

Besides his business success, Ted was a pillar of the community.  A quietly generous philanthropist, Ted helped raise money for various causes during his life, including the American Cancer Society, Life Steps, victims of Hurricane Dorian, and anyone who needed a helping hand.  He was proud to fly the tallest American flag in Beaver County above Young’s Jewelry.  A huge fan of the Blackhawk basketball teams, Ted would travel by limo to the state championships in Hershey and gift both the boys’ and girls’ teams with watches for winning.

Alongside his renowned work ethic, Ted was also a man who loved relaxing with his family in his house on the island of Eleuthera in the Bahamas.  He was well-loved by his friends who called him T.H. and Teddy, with many of his friendships spanning more than 40 years.

He was preceded by his wife, Pauline (Kirchel); his son, Ricky; and his brother, David.

Friends will be received on Monday from 2pm-4pm and 6pm-8pm in the Gabauer-Lutton Funeral Home-117 Blackhawk Rd., Chippewa-www.gabauerfamilyfuneralhomes.com.  A private service will be held.