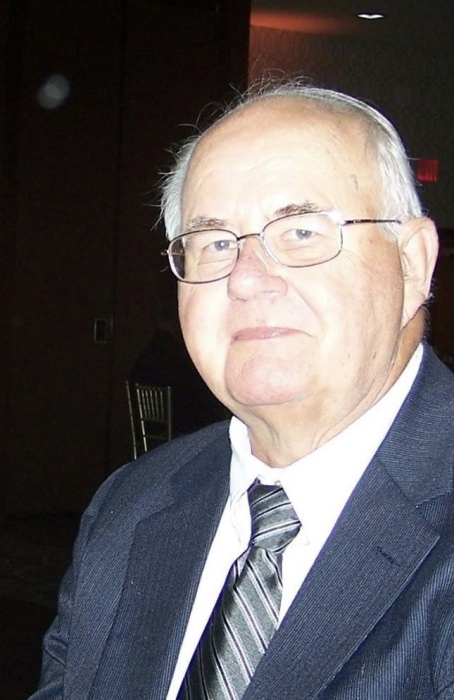 Tom was a patient and detail oriented man. He spent the first half of his career as a skilled machinist working in the experimental machine shop at Babcock & Wilcox in Beaver Falls and eventually the Ambridge plant. As the steel industry faltered, Tom was forced to retire early.

To know Tom was to know that he had a passion for automobiles. Vowing never to work in a steel mill again, he turned that passion into income. He started detailing cars and performing minor body repairs out of his garage. This led to a sales position with Car Cleen Inc., selling detailing supplies to car washes and dealerships.

Sales, however, was not a good fit for Tom and he found a new career working for Ron Lewis Ford. Tom worked there for several years, first in the Parts Department, then in Service as an advisor, working in both the Beaver Falls and Midland locations.

When an opportunity to get back to working with his hands came up, he took a position with JB Res Q Inc. in Moon Township. There he found work that he truly enjoyed as a fabricator. He repaired and outfitted new and used fire apparatus and other emergency vehicles.

When JB Res Q was purchased by FYDA Freightliner, Tom relocated with them, working in Houston, Pa as the shop manager for their fire truck division until retirement.

Tom owned several antique and classic automobiles throughout the years but, he was most proud of the two that he restored from the ground up, his 1930 Chevrolet passenger car and the 1934 Chevrolet truck that he co-owned with his only brother, Stan.

The 1930 Chevrolet car was restored to near perfection and was a Grand National First Prize award winner in the Antique Automobile Club of America and the Vintage Chevrolet Club of America, the highest achievable awards at the time.

The car was sold to a foreign collector who stated that he appreciated the fine American craftsmanship of the restoration and it was shipped to the Netherlands.

The 1934 truck was restored by both Tom and Stan to the highest quality with the help of Tom’s son David.

This vehicle also achieved a Grand National First Place award in the AACA and a second place award at the Hemmings Motor News Concourse D’Elegance in Lake George, NY. where world renowned car collector and restorer, Wayne Carinni, of televisions Chasing Classic Cars presented him with the award. This vehicle was sold and now resides in a private collection in Connecticut.

Tom’s second passion was his family. Family meant so much to him. He loved family gatherings, be it at the Holidays or just running into them in a grocery store. Although his grandchildren were spread out both near and far, he actively followed their lives and was so proud to be their “Pappy”.  Tom’s Polish heritage was abundant in his life and he loved to listen to Polka music and dance to the beautiful tune.

Tom is survived by his spouse of nearly 58 years, Mary Ann (Chiappetta), Father of John (Julie) Przybysz of Allardt, TN, David (Jodi) Przybysz of Chippewa. Proud Grandfather of Jerrod, Scott, Jared, and Emma. Brother of Stan (Mary) Przybysz, Chippewa. He is also survived by many nieces and nephews that he adored and meant so much to him.

The family cannot thank L.I.F.E. Beaver County enough for the exemplary care and compassion they showed to Tom during the past year and a half so he could be…home.

Friends will be received on Wednesday from 2-4PM and 6-8PM at the GABAUER-LUTTON FUNERAL HOME & CREMATION SERVICES, INC., www.gabauerfamilyfuneralhomes.com, 117 Blackhawk Road, Chippewa Twp.  Prayers will be offered at the funeral home on Thursday at 9:30AM.  A Mass of Christian Burial will be held at 10AM at St. Monica Catholic Church with Fr. Kim Schreck as celebrant.

A Rosary will be recited on Wednesday at 7:30PM in the funeral home.

Private interment will be held in St. Mary’s Cemetery.