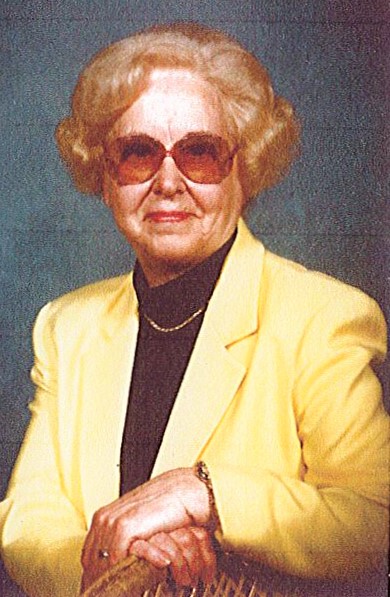 Born July 10, 1923, on Shaffer Road in North Sewickley Township, she was the daughter of the late Walter and Velma (Miller) Bork. Virginia moved to New Brighton in 1938, graduated in the class of 1941, and first worked as secretary of Broadhead Hotel in Beaver Falls for five years.

Virginia was devoted to her church, community, and her family. She was a member of The New Brighton United Methodist Church (NBUMC) since 1954. In 1965, she became church secretary and treasurer, retiring in 1998 after serving for 33 years. In addition to membership on numerous church committees, she also taught a preschool Sunday class for ten years. Virginia served a president, secretary, and treasurer of the Methodist Guild Class. After her retirement, she volunteered as secretary for the New Brighton Church of God for eight years. Virginia served on the New Brighton School Board for six years, and assisted her husband of 49 years, Ernest, operate his business, Ernie’s Auto Body Shop of New Brighton.

Her family will always be grateful for the excellent care she received from the staff at Trinity Oaks Personal Care Center in Franklin Township, and Good Samaritan Hospice in Beaver.

Family and friends will be received on Friday from 5:00 to 8:00 PM in the GABAUER FUNERAL HOME- 1133 Penn Avenue, New Brighton, www.gabauerfamilyfuneralhomes.com. Virginia will lie in state Saturday from 10:00 AM until time of service at 11:00 AM in the New Brighton United Methodist Church- 1033 Sixth Avenue New Brighton, PA 15066.

A private interment at Sylvania Hills Memorial Park will take place as well.

In lieu of flowers, the family requests that memorial gifts may be made in Virginia’s name to the Memorial Gifts Fund of her church.