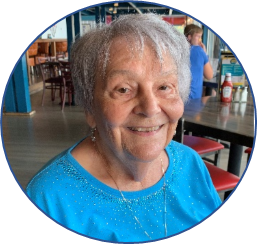 Virginia Callahan, known to her family and friends as Gena, passed away from natural causes in South Carolina, on February 23, 2022.   Gena was born in New Galilee, PA on March 26, 1929, to Louis and Luisa Ceratti.

Gena graduated from Beaver Falls High School in 1947 and spent 30 years as an office manager at Darlington Brick.

Gena was preceded in death by her husband of 55 years, Gilbert (Tim) Callahan; and a daughter, Janice Callahan Banta.

Visitation will be held at the Gabauer Lutton Funeral Home-117 Blackhawk Rd., Chippewa Twp. on Friday, March 11 from 5pm to 7pm.  The funeral mass will be held at St. Monica’s Roman Catholic Church on Saturday, March 12 at 10am with interment immediately following at St. Mary’s Cemetery.

In lieu of flowers, donations can be made in Gena’s memory to the Pancreatic Cancer Action Network using this link: https://secure.pancan.org/site/Donation2?df_id=2681&mfc_pref=T&2681.donation=form1&gclid=EAIaIQobChMI3YqCusSW9gIVA5yGCh3N5wwKEAAYAiABEgJUUfD_BwE.