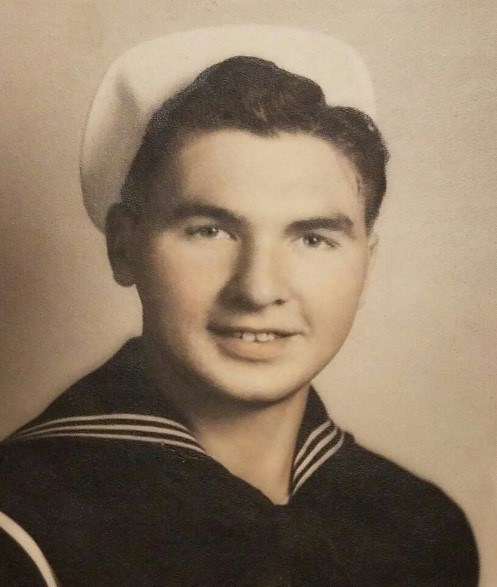 Wilbur “Bud” LeRoy Vogel, 91, of New Brighton, passed away peacefully on January 28, 2017. He was born on July 25, 1925, in Fallston, Pa. He was the son of James and Elizabeth Vogel. He was a devoted and wonderful husband to Joy Powell for 73 years.Bud worked at Keystone Bakery prior to serving in the Navy during World War II on Merchant Marine ships from 1943 to 1945. He retired from Butler Gas after 40 years of service and then worked for the Red Cross, delivering blood for 15 years.Bud was a friend to everyone who knew him and quickly became friends to those he met. He was an intelligent, kind and caring man who enjoyed reminiscing, Steeler games, and spending time with family. He will be greatly missed by family, friends, and neighbors.Bud is survived by his wife Joy, his son David and wife Irene Vogel of Oklahoma, his daughter Joy Richards of New Brighton. Grandchildren Candy Butler of Missouri, David Richards of Cranberry Twp., and Kelly Richards of New Brighton and his great-grandson Alex McClain of Gibsonia, PA. Two step-granddaughters, Annette and Gina of Oklahoma and numerous step-grandchildren.Along with his parents, his brothers James Vogel and William Vogel preceded him in death.Per Bud’s request, all services were private.Arrangements were handled by Gabauer-Lutton Funeral Home- 117 Blackhawk Road, Chippewa.