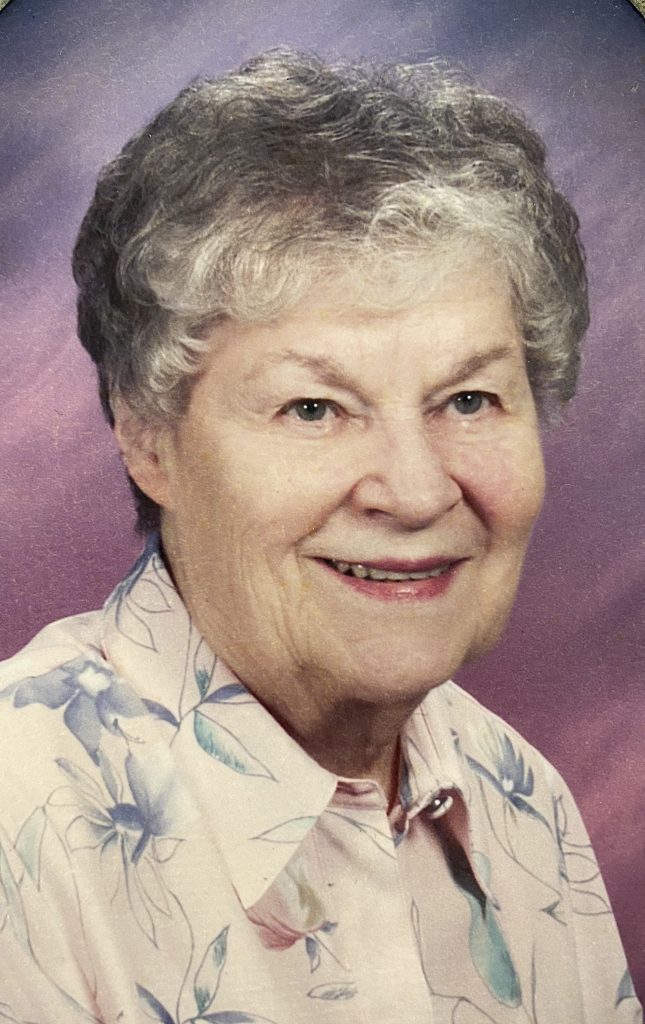 Betty Jane (Gibson) Novak, 97, of Olathe, Kansas, formerly of Chippewa Twp., went to be with the Lord on Friday, January 6, 2023, at Aberdeen Village, Olathe, KS.

Betty was born on August 9, 1925, in Beaver, PA and attended Beaver Falls High School.  She was the oldest of five children and the only daughter to the late Joseph and Hazel (Dever) Gibson.

She married James (Jim) T. Novak Sr, on January 31, 1948, in Beaver Falls, PA.  They made their home and raised their three children in Chippewa Twp.  She was an assembler at Westinghouse in Beaver, PA until her retirement in 1986.  She was a long-time member of The Chippewa United Presbyterian Church.  Betty and Jim moved to Olathe, KS in 2008 where they called Aberdeen Village their home.

Betty was a loving wife, mother, grandmother and great-grandmother.  She loved traveling to Florida every year to spend time at the beach and enjoyed the long, summer days.  The highlight of her year was attending Dever family reunions at East Palestine Park and loving on her family.  She will be remembered for her caring and gentle heart, sweet smile and larger than life hugs.

The family would like to extend their sincere gratitude to the staff at Aberdeen Village in Olathe, KS for their kind and compassionate care for Betty throughout the years.  She was treated like family, and they are forever grateful to them.  The family would also like to extend their heartfelt thanks to the staff at Ascend Hospice.  The staff was a true blessing and gift from God for Betty and her family during this difficult time.