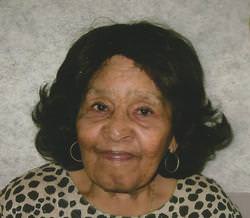 Betty “B” Wiley, 92, of The Grove at Brighton Wellness Center, died Wednesday, December 7, 2016.Born January 13, 1924, in Bridgewater, she was the daughter of the late Leon and Gertrude Carter Snowden.She is survived by a daughter, Phyllis Wiley (George Love); three grandsons, Derrick Wiley, Franklin and Stevie Singleton; six great-grandchildren, and a host of nieces and nephews.In addition to her parents, she was preceded in death by a daughter, Beverly Singleton; two sisters, Alice and Sarah, and two brothers, Richard and Cecil.Friends will be received Monday from 1 p.m. until the time of service at 5 p.m. in the GABAUER-LUTTON FUNERAL HOME & CREMATION SERVICES, INC., 1117 Fifth Ave., Beaver Falls, www.gabauerluttonfuneralhome.com. The Rev. Roger Singleton, will officiate the service.