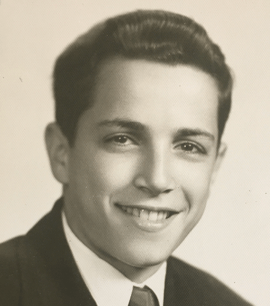 Eugene “Gino” August Sansone, 81, of Chippewa, passed away at Providence Care Center on Sunday, June 11, 2017.He was born May 18, 1936 to the late Samuel and Kathryn (Prisk) Sansone. He graduated from Rochester High School, and served in the U.S. Army during the Korean Conflict. On September 19, 1959, he married the love of his life, Ilene (Brooks) Sansone. Eugene was employed by Babcox and Wilcox and Koppel Steel, where he retired after over 35 years of service. He coached many baseball and softball teams throughout the years. He was an avid sports fan, loving to watch and play all sports. His funny sense of humor and generous spirit will be greatly missed by his family and friends.In addition to his loving wife, he is survived by his three daughters, Linda (Tom) Pavlinich, Lisa (Don) Sodergren, and Gina (Paul) Lansberry; ten grandchildren, Alyssa, David (Stephanie) and Brad Geary, Justin, Nicholas, Shane, Brad and Dylan (Elizabeth) Sodergren, and Ella and Anthony Lansberry; and four great-grandchildren, Amauri, Caelin, Gino and Alayna.Friends will be received on Thursday from 2-4pm and 6-8pm in the Gabauer-Lutton Funeral Home & Cremation Services Inc. 117 Blackhawk Rd. Chippewa Twp. www.gabauerfamilyfuneralhomes.com where a blessing service will be held on Friday at 10am. Deacon Harry DeNome will officiate.Members of the B.C. Special Unit will meet at the funeral home on Friday at 9:30am to conduct full military honors.Private interment will follow in St. Mary’s Cemetery.